EPL: Spurs held to 1-1 draw by Arsenal as Manchester City return to top

Manchester City returned to the top of the Premier League standings with a battling 1-0 win over Bournemouth on Saturday. 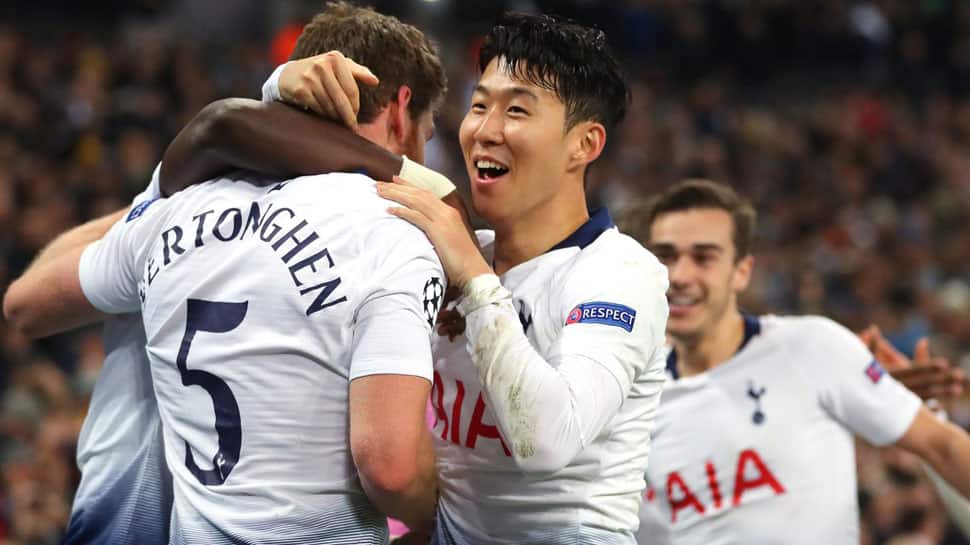 As Manchester City returned to the top of the Premier League with a battling 1-0 win at Bournemouth on Saturday, the real drama came at Wembley where Tottenham Hotspur`s 1-1 draw with Arsenal included two dubious penalties, one of which was saved, and a late sending-off.

Tottenham`s first league draw of the season allowed Manchester United to make up ground with a 3-2 comeback win that included two goals from Romelu Lukaku and moved them one point above Arsenal into fourth place.

There were also wins for Crystal Palace, Brighton & Hove Albion and Wolves against Burnley, Huddersfield Town and Cardiff City respectively.

At Wembley, as the clock ticked down, referee Anthony Taylor pointed to the spot for the second time when Pierre-Emerick Aubameyang went down softly under a challenge from Davinson Sanchez.

But the Arsenal striker`s spot-kick lacked power and direction and was easily parried by Hugo Lloris, with Jan Vertonghen preserving parity with a desperate follow-up clearance from Aubameyang.

There remained time for Taylor to send off Lucas Torreira in the final seconds for a reckless challenge on Danny Rose. The referee had earlier awarded Spurs a penalty for a contested Shkodran Mustafi foul on Harry Kane, who got up to equalise Aaron Ramsey`s breakaway opener.

"It was another good derby, a passionate one, it had a bit of everything," said Kane. "Towards the end of the game it went a bit crazy."

With Liverpool playing Everton on Sunday, Manchester City knew they had to win to keep up the pressure and move two points clear.

The outcome was never in doubt once substitute Riyad Mahrez put them in front early in the second half with a shot that Bournemouth keeper Artur Boruc would have been disappointed not to save.

But it was seldom easy for City and manager Pep Guardiola was forced to replace Kevin De Bruyne and John Stones with muscle injuries that are particularly unwelcome with many important games coming up.

United had to work far harder to beat battling Southampton at Old Trafford after Yan Valery put the visitors ahead with a fierce strike before the break.

"We knew we had to win the game today and did it," said Lukaku. "Not our best game but we have to be happy."

Palace moved further away from the relegation zone with a 3-1 win at fellow strugglers Burnley thanks to second-half goals from Michy Batshuayi and Wilfried Zaha.

Brighton also did their survival chances a power of good after securing their first league win of the year against doomed Huddersfield Town. Romanian striker Florin Andone headed the winner close to the end as Chris Hughton`s side, who had taken just two points in 2019, finally halted their slide down the table.

"This was the perfect team to beat today and we knew before the game it was like a final," said Andone. "It was very hard, they played well and finally we got the victory."

Wolves` 2-0 win came courtesy of goals from Diogo Jota and Raul Jimenez. It moved them on to 43 points, the most they have ever achieved in the Premier League.