After Crystal Palace, the new ground will host its first European game when Manchester City visit London a few days later in the Champions League. 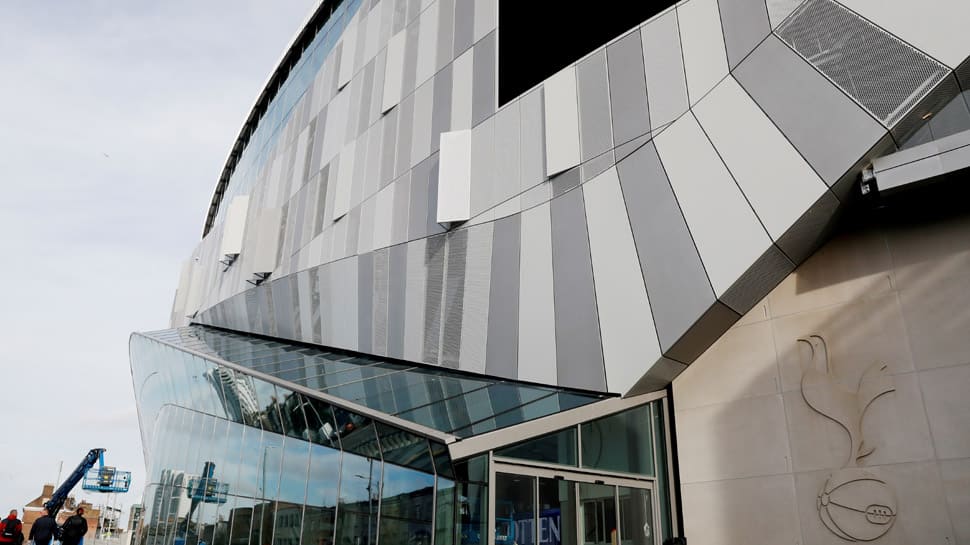 Tottenham Hotspur's first Premier League match in their new 62,000-seater stadium will be against Crystal Palace on April 3, the London club confirmed on Sunday.

The new ground will then host its first European game, when Manchester City visit London six days later in the Champions League.

"We can confirm that the first Premier League match in our new stadium will be against Crystal Palace on Wednesday, April 3. This will be followed on Wednesday April 10,  by the first leg of our UEFA Champions League quarter-final against Manchester City, kick off 12:30 am (IST)" the club said in a statement on Sunday.

We can confirm that the first @premierleague match in our new stadium will be against Crystal Palace on Wednesday 3 April.#SpursNewStadium  #COYS

The opponents for the inaugural game at the new stadium were decided after Brighton and Hove Albion advanced to the FA Cup semi-finals on Sunday, with the south-coast club's league game at Tottenham now set to be played in the last week of April.

Tottenham have played home matches at Wembley Stadium since the old White Hart Lane ground was demolished at the end of the 2016-17 campaign to make way for the new stadium.

They were expected to move into their new home last August, but problems with safety systems delayed them.

Earlier this month, Tottenham released details of two test events to take place at their new stadium, an Under-18 Premier League game against Southampton on March 24 and a legends match on March 30.