Monaco, who appointed the former Arsenal and France striker in October, have picked up only two points in their last five Ligue 1 encounters and sit second from bottom in the table. 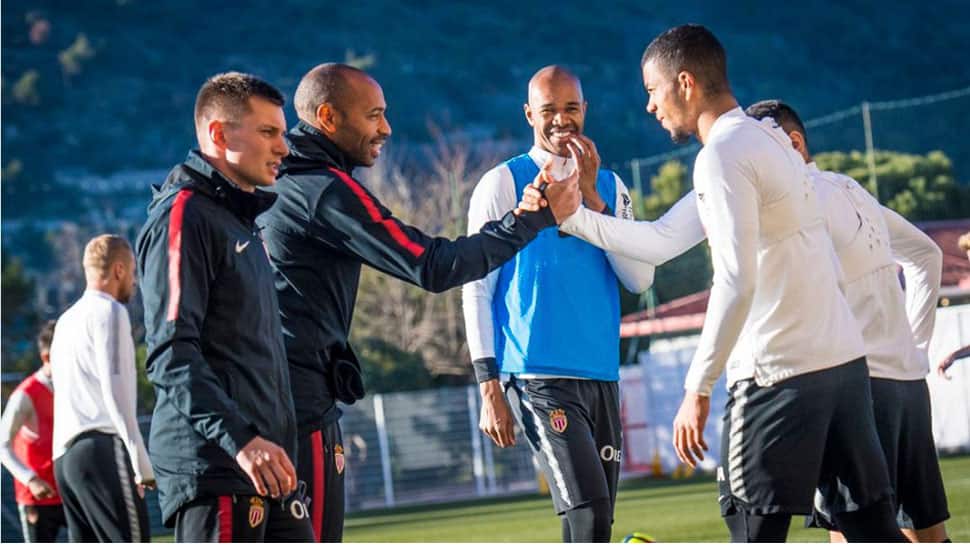 AS Monaco have suspended coach Thierry Henry until a final decision is made on his future, the Ligue 1 club said in a statement on Thursday.

Monaco, who appointed the former Arsenal and France striker in October, have picked up only two points in their last five Ligue 1 encounters and sit second from bottom in the table.

The principality side were also knocked out of the French Cup in the last 32 by Ligue 2 side Metz on Tuesday.

This followed a 5-1 demolition at home by Racing Strasbourg in their last league outing with the club showing no signs of improvement since signing midfielder Cesc Fabregas from Chelsea earlier this month.

The club said Franck Passi will be in charge of the team’s training on Friday.

Henry, who started out playing for Monaco and went on to enjoy a stellar club career with Arsenal and Barcelona, worked as assistant coach for Belgium for two years until 2018 but had never been in charge of a team in his own right.

Henry, 41, played for Monaco for five seasons, winning a league title with them in 1997.

Henry said earlier on Thursday that he would downsize his squad ahead of a crucial game at fellow strugglers Dijon in Ligue 1 on Saturday.

“We need guys who want to save the club, who don’t think about themselves. We’re going to war,” he told reporters on Thursday.

“But despite the results we are still alive,” added Henry, who had refused to speculate on his future at the club.