Kompany, whose contract ends this season, has missed numerous games due to muscle injuries in the past few seasons. 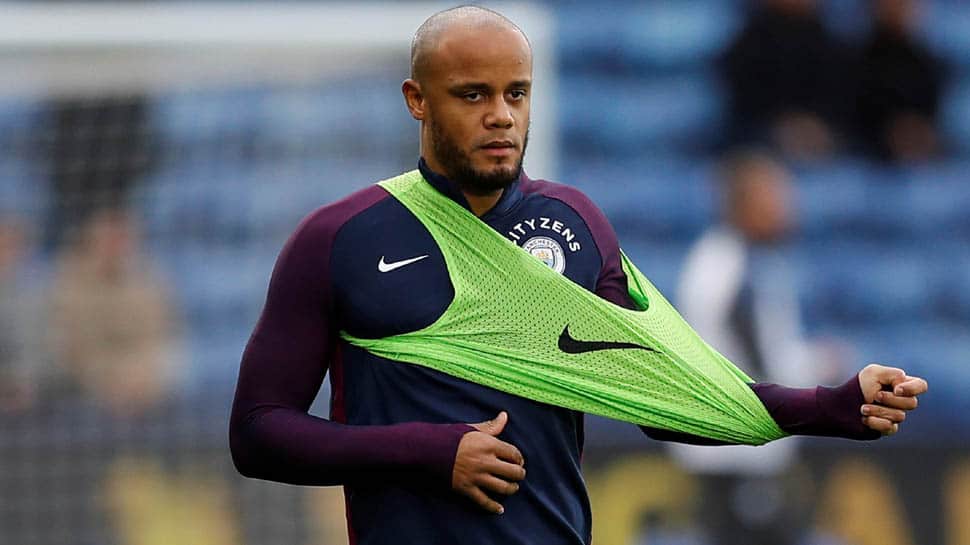 Manchester City captain Vincent Kompany has not played enough games in the past few seasons to warrant a new contract despite his invaluable contributions to the Premier League club`s success, manager Pep Guardiola has said.

Kompany, whose contract ends this season, has missed numerous games due to muscle injuries in the past few seasons and Guardiola said a contract extension is something the club will have to discuss with the player and his agent.

"He`s incredible, but the reality is in the last five years he`s played few, really few. We don`t have any doubts about his quality, we miss him when he is not able to play. He`s important, he is our captain and on the field, he gives us extra that few central defenders around the world can give us, Guardiola told reporters ahead of Tuesday`s league trip to Newcastle United.

"That is the situation we have to put on the table and the club will discuss it with his agent and make the best decision for both," the Manchester City manager added.

Kompany has been at the club since 2008 and has won seven major trophies, including three league titles, but Guardiola said any decision to extend the Belgium defender`s contract should not be made on sentiment alone.

"The club knows the sentimental issue is so important," Guardiola said. "It`s not important for making decisions, but they have to feel, especially for the players who have been here a long time and helped us to build what we are right now.

"At the same time, there is a moment when it`s over for everybody," he signed off.

Rafa Benitez refuses to guarantee staying on as Newcastle boss