Secret Life of Pets to release on June 14 in India

'The Secret Life of Pets 2' is directed by Chris Renaud, who also helmed Illumination's 'Despicable Me' series. 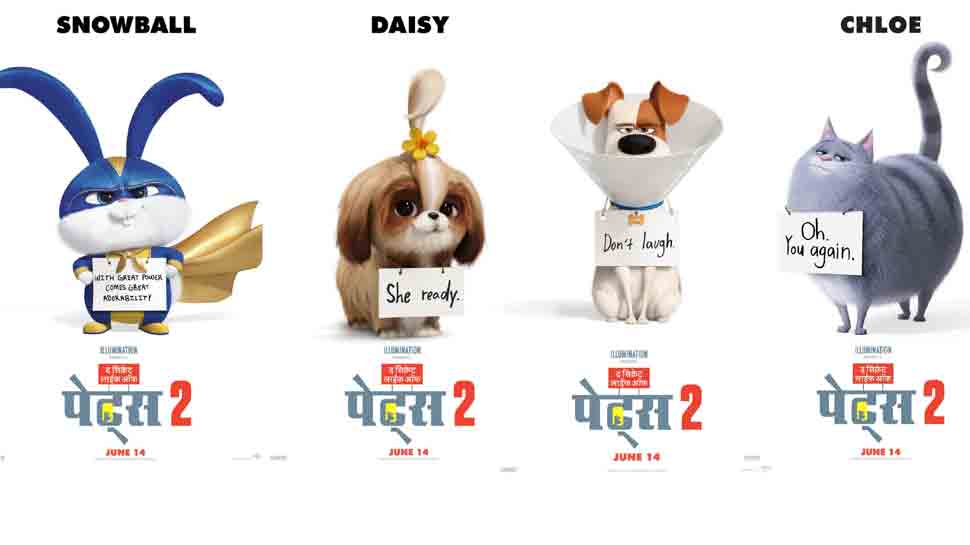 New Delhi: The sequel to the 2016 animation film 'The Secret Life of Pets' is slated for release in English and Hindi in India on June 14.

The film by Universal Pictures International India and Illumination explores the emotional lives of our pets, the deep bond between them and the families that love them, and answers the question that has long intrigued every pet owner: What are your pets really doing when you're not at home?

"When you start to craft a sequel, the goal is to tell a story that brings the audience back together with the characters that they love, but then have discovery within that film for new story lines, new character development and new characters," Illumination CEO, Chris Meledandri, said in a statement.

"That core premise has such strength, and we embraced that, but we also wanted to create a story that would become a step forward in the lives of these characters and one that would be compelling to all audiences, even those who hadn`t seen the first movie," Meledandri said.

'The Secret Life of Pets 2' is directed by Chris Renaud, who also helmed Illumination's 'Despicable Me' series.

Diljit Dosanjh to team up with Yami Gautam for comedy project