Assam State Disaster Management Authority said on Thursday that around 53,52,107 people have been affected due to flood in Assam so far. 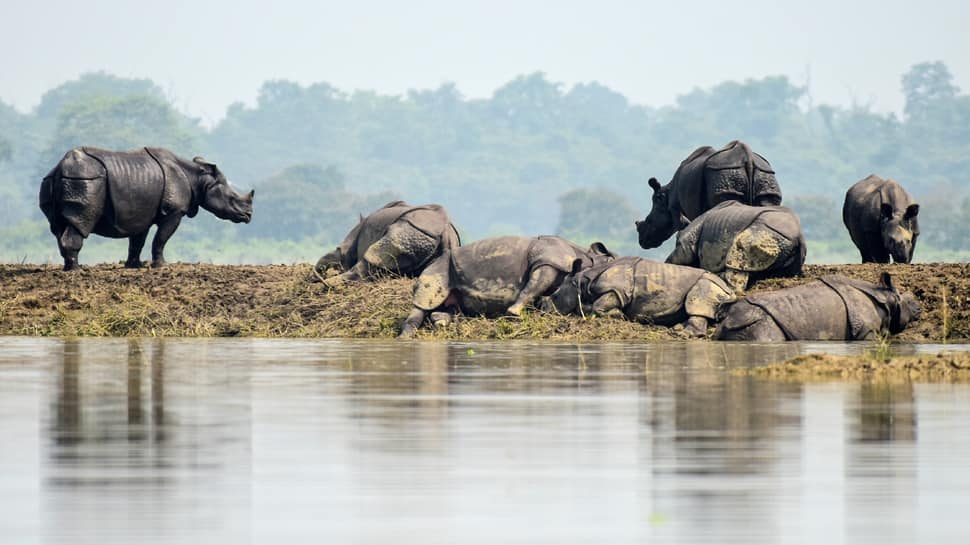 Assam State Disaster Management Authority (ASDMA) on Thursday said that 37 people have lost their lives due to flood and landslides in the state. The ASDMA released a statement saying that total 4,128 villages in 103 revenue circles of 28 districts have been affected due to floods till Thursday.

The statement added that around 53,52,107 people have been affected due to flood across the state.  The displaced people have taken shelter in 427 relief camps and 392 relief distribution centres set up by state government in different districts of the state

Several photos have surfaced on social media in which one-horned rhinoceros, elephants and other wild animals can be seen at an elevated area following floods due to incessant rain in Kaziranga National Park. It is to be noted that Kaziranga National Park is spread across the floodplains of the Brahmaputra river, which is currently flowing above the danger level.

Meanwhile, sprinter Hima Das, who belongs to Assam, on Wednesday urged the people to help the people of the state by contributing money to the Chief Minister`s Relief Funds. "Flood situation in our state Assam is very critical, 30 out of 33 districts are currently affected. So i would like to request big corporates and individuals to kindly come forward and help our state in this difficult situation," Hima tweeted.

The Brahmaputra river is flowing above the danger level in Jorhat, Tezpur, Guwahati, Goalpara and Dhubri along with rivers Burhidehing at Khowang in Dibrugarh district, Subansiri river at Badatighat in Lakhimpur, Dhansiri river at at Numaligarh in Golaghat district, Jia Bharali river at Sonitpur, Kopili river at Kampur and Dharamtul in Nagaon district.