Ahead of Diwali, Delhi suspends all licences issued for sale of firecrackers

Delhi Police said that they have so far arrested 7 people in connection with selling and bursting of firecrackers. 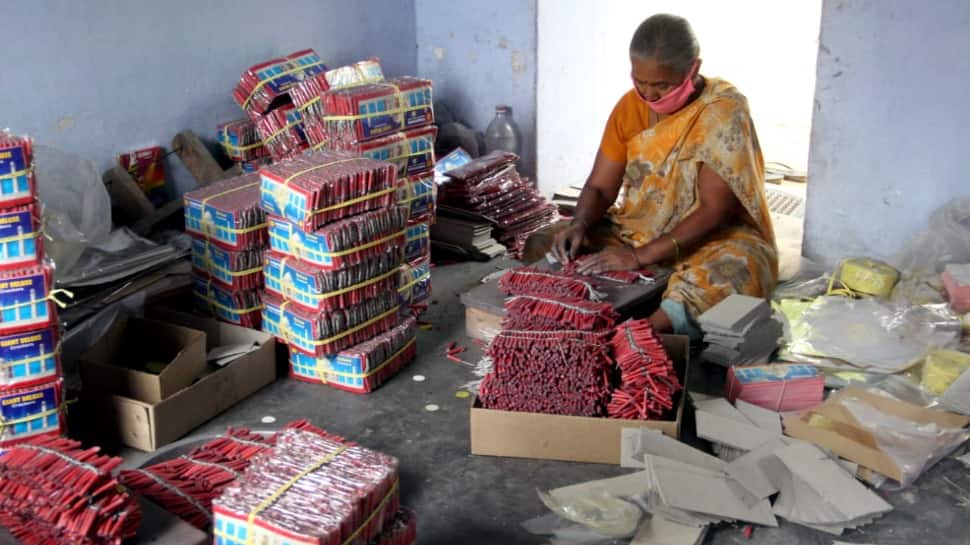 New Delhi: Ahead of Diwali, the Delhi Police on Sunday (November 8, 2020) announced to suspend all licences issued for the sale of firecrackers in the national capital.

The Delhi Police said that further action will be taken under the National Green Tribunal directions. The Arvind Kejriwal-led government has already imposed a blanket ban on firecrackers, including those branded 'green', between November 7 and 30.

All licences issued for sale of firecrackers have been suspended and further action will be taken on NGT directions.

The suspension comes following the worsening air pollution level in the Delhi-NCR region as the Air Quality Index (AQI) continued to remain in the 'severe' category even on Sunday (November 8) evening.

As per the SAFAR app at 10:15 PM, Delhi's overall AQI was at 413, which falls under the severe category.

Earlier on Friday, the overall pollution level in Delhi was at 486 which was reportedly the worst AQI recorded in the national capital since November 2019.

The Delhi Police said that they have so far arrested 7 people in connection with selling and bursting of firecrackers.

The action taken by Delhi Police in connection with selling and bursting of firecrackers in 2020 till date:
a)selling crackers ( till date) :
No of cases registered: 7
Recovery of crackers: - 593.224 Kg
Number of persons arrested: 7@CPDelhi @LtGovDelhi @DelhiPolice

They have also recovered over 593 kg of crackers.

Not just Kamala Harris, US President-elect Joe Biden too has relatives in India