The Delhi Traffic Police said that Road No 13A between Mathura Road and Kalindi Kunj is closed for traffic movement and hence, people coming from Noida are advised to take DND or Akshardham to reach Delhi. 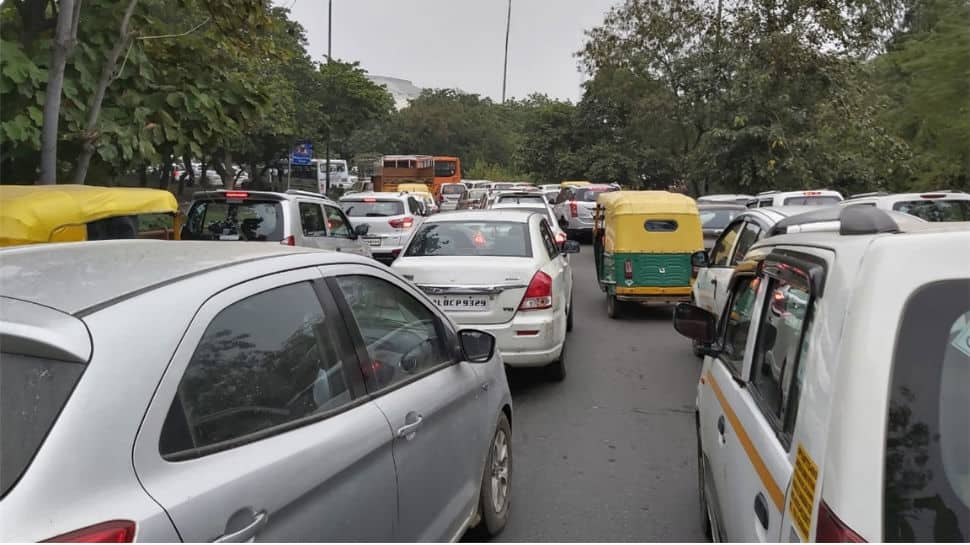 New Delhi: Traffic diversions, long jams continue to bring Delhi to a standstill due to a stir against the newly-implemented Citizenship Amendment Act (CAA). As of Friday morning, the Delhi Traffic Police said that Road No 13A between Mathura Road and Kalindi Kunj is closed for traffic movement and hence, people coming from Noida are advised to take DND or Akshardham to reach Delhi.

Commuters going to Kalindi Kunj Bypass Road might also face some difficulty as there is heavy traffic near Khader.

Traffic Alert
Road No. 13A between Mathura Road and Kalindi Kunj is closed for traffic movement. People coming from Noida are advised to take DND or Akshardham to reach Delhi.

Traffic has been adversely affected in the national capital due to violent protests against the CAA. The Delhi-Gurugram border was jam-packed on Thursday following massive agitation against the amended act. Long jams occurred in the Expressway due to the police barricading and vehicle search being carried out.

In wake of the traffic jams on the border, several airlines - Indigo, Vistara, GoAir and Air India - announced a full refund on a no-show. The airline companies also decided to adjust passengers on subsequent flights if they were unable to reach the airport on time.

Protests have been planned later in the day near Jama Masjid and Jantar Mantar. Tight security is in place and huge force has been deployed in the sensitive areas. Section 144 has been imposed in parts of North East Delhi where clashes broke out earlier this week.

At least three people died, several got injured and hundreds were detained after massive protests erupted across the country against the CAA on Thursday. Protesters from a wide social and political spectrum joined forces as protest marches and meets were organised at many places.

The Citizenship Amendment Act seeks to grant citizenship to Hindus, Sikhs, Jains, Parsis, Buddhists and Christians fleeing religious persecution from Pakistan, Afghanistan and Bangladesh and came to India on or before December 31, 2014.