At least 84 people have lost their lives in Assam due to severe flooding, the Assam State Disaster Management Authority (ASDMA) said on Sunday. 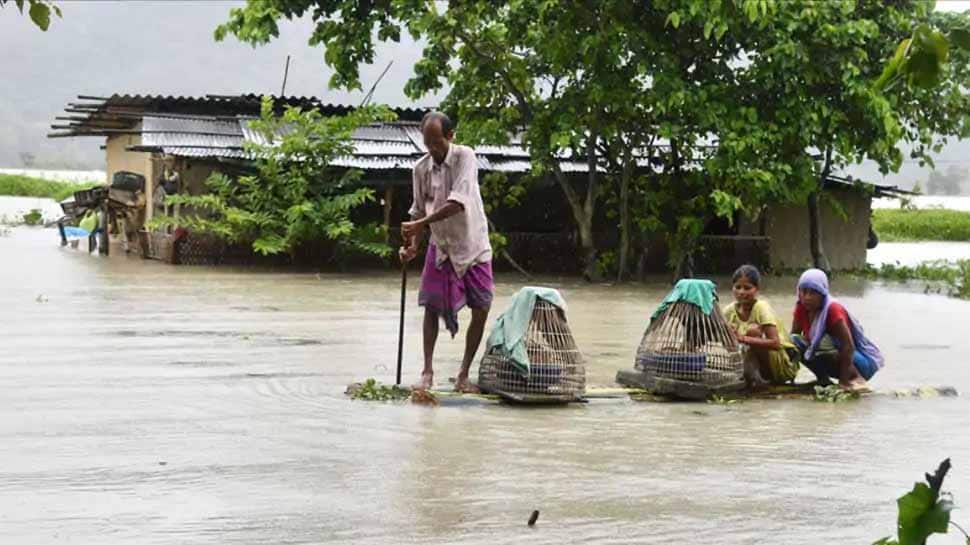 Guwahati (Assam): At least 84 people have lost their lives in Assam due to severe flooding, the Assam State Disaster Management Authority (ASDMA) said on Sunday.

A flood report issued by the ASDMA stated that the river Brahmaputra was flowing above danger level in several places in the state.

CM Sonowal spoke to flood-affected people and took stock of the situation. Next of kin of flood victims were provided Rs 4 lakh as ex-gratia by the CM.

A flood report issued by the ASDMA said, "The government has so far opened 521 relief camps that are currently providing relief to 50,559 people."

As per the Brahmaputra board’s latest annual report, the main reasons behind the instability of the river are high sedimentation and steep slopes. The region is also extremely vulnerable to breaches of embankments.

While the topography of Assam and meteorological factor (high rainfall) are the obvious reasons behind Assam floods every year.

Meanwhile, as many as 108 animals including nine rhinoceroses have died at the Kaziranga National Park due to heavy floods in Assam till Sunday.

RBSE Rajasthan Board BSER Class 12 Arts Results 2020 expected to be released next week on rajresults.nic.in, rajeduboard.rajasthan.gov.in