He also said the situation there has been brought under control. Rawat said the country has been facing terrorism since Independence and that security forces and all agencies supporting them have met these challenges head-on. 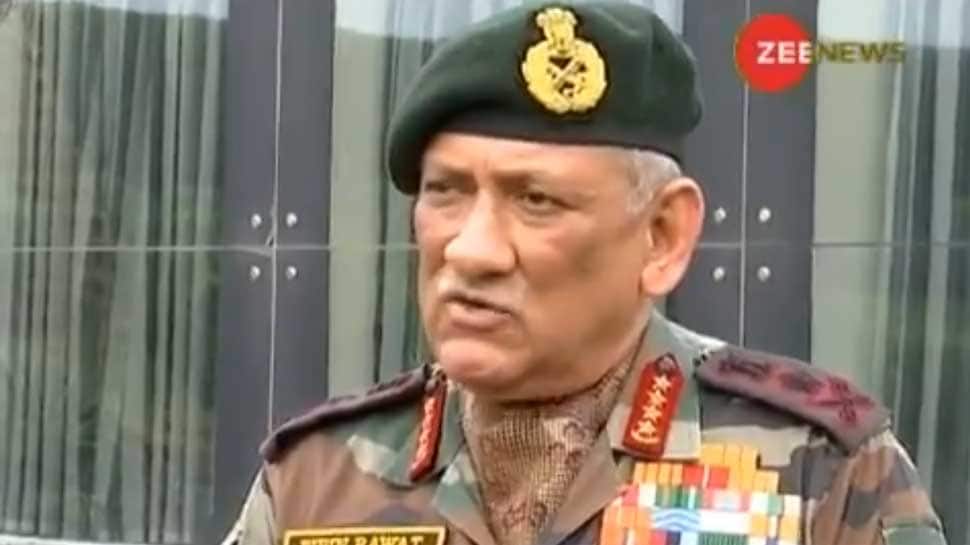 Ezhimala: Chief of Army Staff General Bipin Rawat has said the Balakot attack in February was to ensure that terrorists being trained across the border do not survive to carry out action against India.

Coordinated efforts are being made by various government agencies to tackle cross-border terrorism, he said. "Through the coordinated efforts of various government agencies, now the NIA has stepped in, the Enforcement Directorate has stepped in and all are trying to ensure financing and funds available to terrorists are cut off," he said, responding to a question on the insurgency in Kashmir at a media interaction here.

He also said the situation there has been brought under control. Rawat said the country has been facing terrorism since Independence and that security forces and all agencies supporting them have met these challenges head-on.

"We have been able to ensure that the insurgency has been brought under control. Of course in the Kashmir Valley, we have been witnessing ups and downs of insurgencies. "That's because they got support from our western neighbour. At the same time many (people) are misguided due to a misinformation campaign spread by terrorists. But we have brought the situation under control," he said.

The Chief of Army staff was interacting with the media here yesterday after reviewing the passing-out parade of 264 trainees, comprising midshipmen and cadets of the Indian Navy, Indian Coast Guard and 10 international cadets.

"Some kinds of radar cannot see through clouds because of the manner in which it is operating. Sometimes we can, sometimes we can't," Rawat said.

In a television interview aired recently, Modi had said he used his "raw wisdom" to dispel doubts of defence experts, who wanted the air strike to be deferred due to bad weather. "The weather was not good on the day of air strike. There was a thought that crept in the minds of the experts that the day of strike should be changed.

"However, I suggested that the clouds could actually help our planes escape the radars," Modi had said while talking about the cross-border strike on terror camps in response to the Pulwama attack that claimed the lives of 40 CRPF personnel.

The prime minister's comment drew widespread ridicule and condemnation from various quarters, including a large number of memes on social media. The cadets who passed out Saturday marked the culmination of their training at the Indian Naval Academy (INA) here.

The passing-out parade was reviewed by General Rawat and meritorious midshipmen and cadets were awarded medals after the ceremonial review.

INA Commandant Vice Admiral R B Pandit and Director of the Indian Institute of Science, Bengaluru, Anurag Kumar, were in attendance at the parade.

The parade also saw 15 female cadets marching shoulder to shoulder with their male counterparts to join the ranks of the Indian Navy, a release issued by the Academy said.

There were 10 trainees from various friendly nations, including two each from Maldives, Myanmar and Seychelles, one from Tanzania and three from Sri Lanka.