The Samyukt Kisan Morcha has calleld for a bharat bandh on Monday, further it appealed for complete peace and urged all Indians to join the strike. 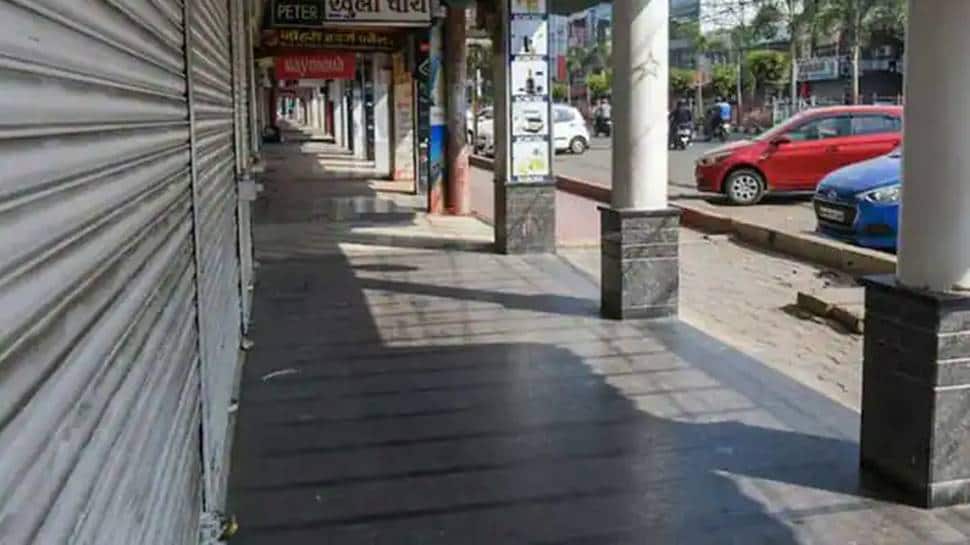 New Delhi: Many non-NDA parties have extended support to the nationwide 10-hour strike on Monday called by farmers protesting against the three agri laws under the aegis of Samyukt Kisan Morcha (SKM). The outfit on Sunday appealed for complete peace during the Bandh and urged all Indians to join the strike.

"It was on September 27, 2020 that President Shri Ram Nath Kovind assented to and brought into force the three anti-farmer black laws last year. Tomorrow, there will be a total Bharat Bandh observed around the country from 6 AM to 4 PM, " the SKM, which is an umbrella body of over 40 farmer unions, said in a statement.

Farmer unions along with their supporters, including trade unions, have made detailed plans to ensure that life remains suspended tomorrow across the country, except for emergency services, it said. "It is a day to express support to the annadatas (farmers) of the country, the ones who keep all Indians alive," it said.

Congress general secretary (organisation) K C Venugopal said the Congress and its workers will extend full support to the peaceful 'Bharat Bandh' called by farmer unions. "We believe in the right of our farmers and we will stand by them in their fight against the black farm laws," he said in a tweet. "All PCC presidents, chiefs of frontal organisations are requested to go out in front with our Annadatas in their peaceful Bharat Bandh across the country," Venugopal said.

@INCIndia & our workers will extend our full support to the peaceful Bharat Bandh called by farmer unions tomorrow, the 27th September.

We believe in the right of our farmers & we will stand by them in their fight against the black farm laws.

In a tweet in Hindi, BSP chief Mayawati said, "The farmers of the country do not endorse the three farm laws brought in a hurry by the Centre, and are sad about it". She said her party supports their call for a peaceful bandh and asked the Centre to hold proper consultations with farmers and bring a new law with their agreement.

In Kerala, both the ruling LDF and the Congress-led UDF have supported the nationwide farmers' strike, even as the BJP denounced the hartal as "anti-people". INTUC state president R Chandrasekharan told PTI that since the hartal has the support of both LDF and UDF, the state is expected to come to a standstill on Monday.

He said except for RSS-affiliated Bharatiya Mazdoor Sangh (BMS), all other trade unions are supporting the strike. He said there would be no blocking of vehicles or forced shutting down of shops.

The YSR Congress government in Andhra Pradesh has also announced support to the Bharat Bandh.

Farmers from different parts of the country, especially Punjab, Haryana and western Uttar Pradesh, have been protesting at Delhi borders since November last year, demanding the repeal of the three contentious farm laws that they fear would do away with the Minimum Support Price (MSP) system, leaving them at the mercy of big corporations.

They are also seeking a legal guarantee for MSP.

The government and farmer unions have held 11 rounds of talks so far, the last being on January 22, to break the deadlock and end the farmers' protest. Talks have not resumed following widespread violence during a tractor rally by farmers on January 26 when protesters had stormed the Red Fort and hoisted a religious flag on the ramparts.

"Punjab's new Chief Minister extended his support, and in Jharkhand, the Jharkhand Mukti Morcha, Congress and RJD have been jointly planning for the success of the Bharat Bandh. In Tamil Nadu, the ruling DMK supports the bandh," the statement by the SKM said.

In the national capital, the SKM said, central trade unions will organise a protest rally at Jantar Mantar at 11 AM. "Several bar associations and local units of All India Lawyers' Union have extended their support," the farmers' body said.

The Delhi Police said it has taken adequate security measures like intensified patrolling and deployment of extra personnel at pickets in border areas of the national capital.

Every vehicle entering the national capital is being thoroughly checked, according to the police. A senior police officer said no protestor will be allowed to enter Delhi from the three protest sites at the city's borders

"In view of Bharat Bandh, adequate security arrangements have been made as a precautionary measure. Pickets at the border areas have been strengthened and all vital installations, including India Gate and Vijay Chowk will have adequate deployment," Deputy Commissioner of Police (New Delhi) Deepak Yadav said.

The SKM said that the birth anniversary of Shaheed Bhagat Singh on September 28 will be marked by the farmers' movement and urged the youth and students to join in large numbers at the morchas to mark the day.

The SKM claimed that more than 605 farmers have lost their lives in the agitation so far.

It called for the closure of all government and private offices, educational and other institutions, shops, industries and commercial establishments as well as public events. All emergency establishments and essential services, including hospitals, medical stores, relief and rescue work and people attending to personal emergencies will be exempted, it said.

The three laws -- The Farmers' Produce Trade and Commerce (Promotion and Facilitation) Act, 2020, The Farmers (Empowerment and Protection) Agreement of Price Assurance and Farm Services Act, 2020, and The Essential Commodities (Amendment) Act 2020 -- were passed by Parliament in September last year.

The government has been projecting the three laws as major agricultural reforms.