BJP lashes out at AAP government over water crisis in Delhi, meeting put off after commotion

The meeting plunged into commotion and Arvind Kejriwal left soon after. The board will meet again at 11 am on Wednesday. 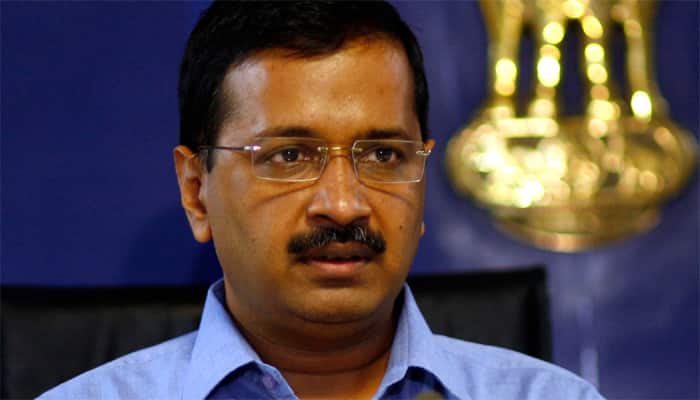 New Delhi: A Delhi Jal Board meeting was deferred after BJP members vociferously protested over the AAP government's alleged failure to deal with the "worsening" water crisis in the city.

BJP leaders on the board had asked some "tough questions" to Chief Minister Arvind Kejriwal, who heads the DJB, during its meeting on Monday, the saffron party's councillor from Sadar Bazar, Jai Prakash, told PTI on Tuesday.

The meeting plunged into commotion and Kejriwal left soon after. The board will meet again at 11 am on Wednesday, DJB sources said.

"It's peak summer and the government has no plan to tackle the worsening water crisis in areas such as Kirari, Sangam Vihar, Chandni Chowk and localities across the Yamuna river. They (AAP government) have been saying these areas will get water but nothing has happened so far," Prakash said.

"At a meeting held earlier, we had also brought to their notice leakages in drinking water pipelines at more than a hundred places in Delhi. If they plug these leakages, a lot of water can be saved and given to those who need it," he said.

These meetings are not meant to pass resolutions, they are meant to prepare definite plans to ensure water supply in unauthorised colonies, JJ clusters and villages, Prakash said.

Citing a news report, the BJP councillor alleged that the DJB gave tenders to 17 private companies blacklisted by its vigilance department. "It's waste of public money," he said.

The Delhi government's anti-corruption branch has booked the 17 firms and DJB engineers after payment worth around Rs 5 crore was allegedly released to these companies despite them failing to deliver equipment and services.

Prakash said the BJP is seeking to corner the AAP government on the issue at the meeting on Wednesday.

AAP MLA Alka Lamba told PTI that a number of party MLAs had a few days ago conveyed their concerns over the acute water shortage in the national capital to the chief minister in their private WhatsApp group.

Lamba said the MLAs rued that their poll campaign got affected as they devoted most of their time tackling water woes in their areas.