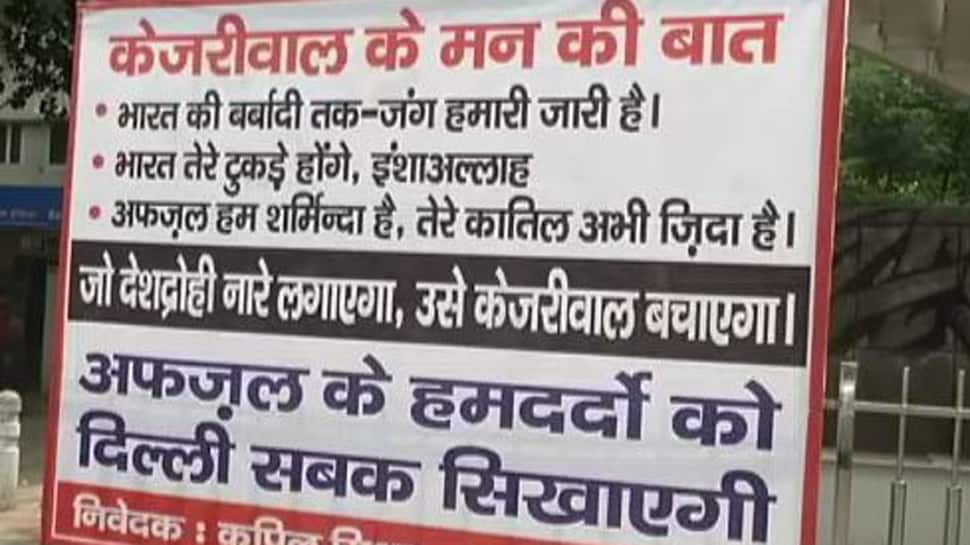 The posters could be seen since Sunday morning at several places, including ITO, Mandi House, Connaught Place and Ashoka Road.

These posters are violative of a notice issued by the Home Department of the Delhi government, which mentioned that it was not proven that former Jawaharlal Nehru University (JNU) students union president Kanhaiya Kumar was involved in the raising of anti-national slogans.

According to the notification by the AAP government, the chargesheet against Kanhaiya Kumar was filed without a nod from the Delhi government.

Mishra, who was earlier a member of the Aam Aadmi Party, had joined the BJP in August at an event in the national capital.

Mishra was disqualified from the Delhi Assembly under the anti-defection law on August 2. The disqualification takes effect retrospectively from January 27, 2019. Mishra represented the Karawal Nagar Assembly constituency.

During the Lok Sabha elections 2019, Mishra had campaigned for the BJP and sought votes for Prime Minister Narendra Modi, even as the BJP and the AAP both were contesting against each other for the seven parliamentary seats in Delhi.

AAP MLA Saurabh Bharadwaj had later moved a petition "seeking disqualification of Mishra on grounds of defection," a Delhi Assembly order said. Kejriwal had also written to the Delhi Assembly saying "the party has no objection to Mishra being disqualified from the membership of the Assembly".