The Air Quality Index (AQI) in Delhi is 356, which falls under the 'very poor' category status. Noida still reels under severe pollution as the AQI is at 412, but air quality in Gurugram is slightly better now. 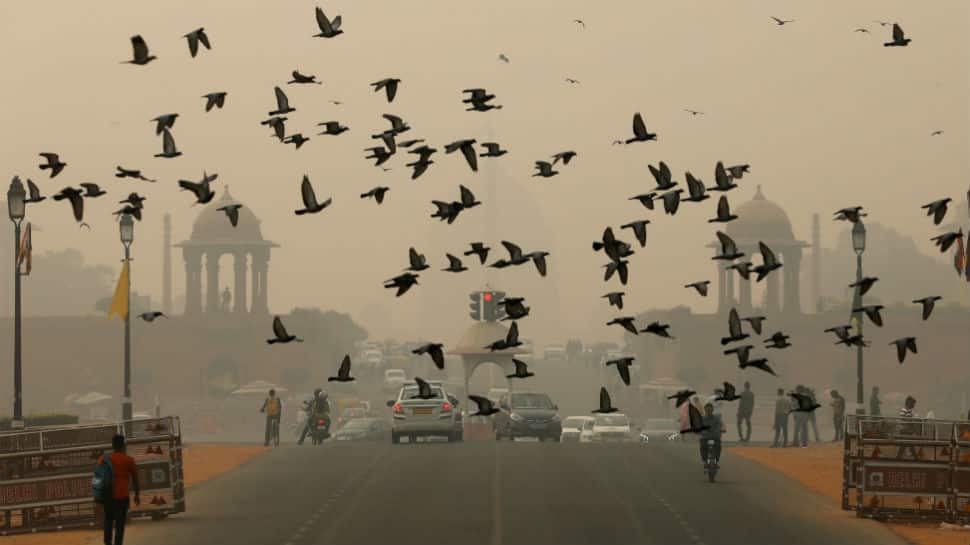 New Delhi: The air quality in Delhi, which spiked to 'severe' category post-Diwali, improved a bit on Wednesday. According to the Central Pollution Control Board (CPCB), the Air Quality Index (AQI) in Delhi is 356, which falls under the 'very poor' category status. Delhiites woke up to a fairly better day as compared to Tuesday, when the AQI was recorded to be at  411. Delhi got a breather from the toxic smog earlier this week.

However, despite an improvement in air quality in the national capital, at Chandi Chowk, the AQI was recorded at 468, which falls under 'severe'. But at most places, the air quality was fairly better.

Meanwhile, Noida still reels under severe pollution as the AQI is at 412, but air quality in Gurugram is slightly better now - the AQI is at 389.

On Tuesday, Prime Minister Narendra Modi chaired a meeting to discuss the grave situation arising due to pollution in various parts of northern India.

Principal Secretary to Prime Minister, PK Mishra had also reviewed the measures taken by the states of Punjab, Haryana and Delhi to tackle air pollution. Mishra sought to know the details of additional measures taken to check fresh cases of fire and stubble burning in these states during the last 24 hours.

A statement from Center-run System of Air Quality and Weather Forecasting And Research (SAFAR) stated that the "AQI is back to 'very poor' after rapidly recovering from 'severe' category largely due to faster boundary layer winds. However, slight deterioration to the higher end of 'very poor' to the lower end of 'severe' is expected during stable late-night hours and early hours of Wednesday only due to reduced wind speed. Scattered rainfall is expected to further improve AQI to the lower end of 'very poor' to 'poor' category by November 8."

The Supreme Court will on Wednesday hear petitions on air pollution in Delhi. A special bench of Justices Arun Mishra and Deepak Gupta will hear the suo motu case filed by the top court itself in connection with the situation in Delhi-NCR.

Fire breaks out at closed godown in Mumbai's Malad, no casualties