The Union Cabinet, chaired by Prime Minister Narendra Modi, on Wednesday (December 11) approved the revision in the funding pattern of Delhi Metro’s three Priority Corridors of Phase IV. The three approved priority corridors of Delhi Metro are (i) Aerocity to Tughlakabad, (ii) RK Ashram to Janakpuri (West), and (iii) Mukundpur - Maujpur with sharing of land cost in the ratio of 50:50 between the centre and the Delhi government, according to a government statement. 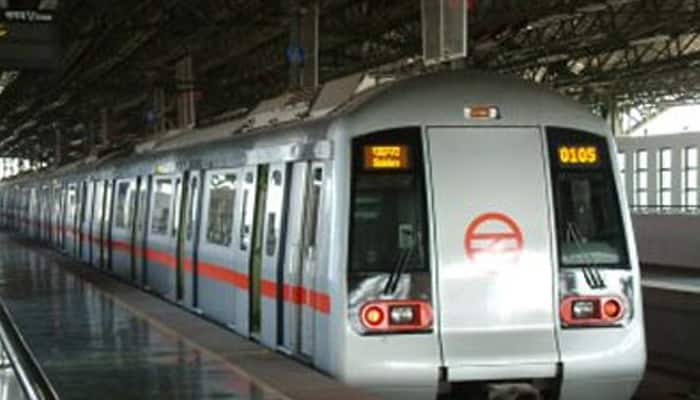 New Delhi: The Union Cabinet, chaired by Prime Minister Narendra Modi, on Wednesday (December 11) approved the revision in the funding pattern of Delhi Metro’s three Priority Corridors of Phase IV. The three approved priority corridors of Delhi Metro are (i) Aerocity to Tughlakabad, (ii) RK Ashram to Janakpuri (West), and (iii) Mukundpur - Maujpur with sharing of land cost in the ratio of 50:50 between the centre and the Delhi government, according to a government statement.

The approval comes in pursuance of the amendments to Metro Rail Policy, 2017 applicable only for Delhi, in compliance to the Supreme Court order on September 6, 2019.

The three priority corridors of Delhi Metro Phase-IV project were approved in March, 2019 at a completion cost of Rs 24,948.65 crore. The funding pattern was kept in line with provisions of Metro rail policy, 2017.

Earlier in April 2019, the Delhi government directed the DMRC not to start work on the sanctioned corridors unless MoHUA revises the cost-sharing pattern in tune with approval concurred by them.

After the Supreme Court's intervention, the work was started in July 2019. The apex court upheld the provisions of Metro Rail Policy, 2017 regarding the bearing of operational losses and repayment of the external loan and currency fluctuation cost by the state in case the Special Purpose Vehicle (DMRC in this case) fails, the statement said.

The Supreme Court directed to make a departure from the policy to be applicable only in the case of Delhi and to share land cost in the ratio of 50:50 between GoI and GNCTD. The relevant para of Metro Rail Policy, 2017 is also amended accordingly.

The Cabinet gave approval to several other key proposals:

1. The Union Cabinet today approved ex-post facto the Memorandum of Understanding between Central Drugs Standard Control Organization (CDSCO) and Saudi Food and Drug Authority in the field of Medical Products Regulation. The MoU was signed on October 29, 2019, during the visit of Prime Minister Narendra Modi to Saudi Arabia.

The MoU would facilitate a better understanding of the regulatory aspects between the two sides and help in increasing India’s export of medical products to Saudi Arabia. It will also enable better coordination in international fora.

2. Cabinet approves the proposal for increase in authorised capital and equity support to India Infrastructure Finance Company Limited (IIFCL) to the tune of Rs 5,300 crore in the financial year 2019-20 and Rs 10,000 crore in the financial year 2020-21. This will be done through regular Budgetary support and/or through issuance of recapitalization bonds. The timing, terms, and conditions will be decided by the Department of Economic Affairs. The Cabinet has also approved for increasing the authorized capital of IIFCL from Rs 6,000 crore to Rs 25,000 crore.

4. Cabinet approves the "Partial Credit Guarantee Scheme" for the purchase of high-rated pooled assets from financially sound NBFCs/HFCs by PSBs.

5. The Union Cabinet has given its approval for signing the Memorandum of Cooperation (MoC) between India and Japan to constitute the ‘India-Japan Steel Dialogue’ to strengthen cooperation in the steel sector.

The ‘India-Japan Steel Dialogue’ envisages the enhancement of mutual understanding to secure sustainable growth in the steel sector. The Dialogue aims to examine all aspects of cooperation in the steel sector including the promotion of investment in high-grade steel making and finding new avenues of steel usage in India. The MoC will help in capacity building for high-grade steel manufacturing in India.

6. The Cabinet has given its approval for the signing of Memorandum of Understanding between Central Electricity Authority, India and Japan Coal Energy Centre, on Japan-India cooperation for Efficiency and Environmental Improvement for Sustainable, Stable and Low-Carbon supply of Electricity.

This will provide an enabling framework to address issues and barriers in expediting sustainable, stable and low carbon thermal power development by means of studies, training program and knowledge-sharing activities, outcomes of which are to be conducive to overall power development in India as well as to expedite relevant policy implementation by the Government of India.

7. The Cabinet has given its approval to the proposal of the Ministry of Road Transport and Highways, authorising National Highways Authority of India (NHAI) to set up Infrastructure Investment Trust(s) (InvIT) as per InvIT Guidelines issued by SEBI. This will enable NHAI to monetize completed National Highways that have a toll collection track record of atleast one year and NHAI reserves the right to levy toll on the identified highway.

8. The Cabinet has given its approval to introduce the Aircraft (Amendment) Bill, 2019 for carrying out the amendments to the Aircraft Act, 1934 (XXII of 1934).  The Bill will now be introduced in the Parliament. The Bill enhances the maximum limit of fine from the existing Rs 10 lakhs to Rs One Crore. It also enlarges the scope of the existing Act to include regulation of all areas of Air Navigation.

The amendments would fulfill the requirements of the International Civil Aviation Organisation (ICAO). This will enable the three regulatory bodies in the Civil Aviation sector in India, namely Directorate General of Civil Aviation, Bureau of Civil Aviation Security and Aircraft Accident Investigation Bureau to become more effective, which will lead to enhancement in the level of safety and security of aircraft operations in the country.