Centre to push for educational empowerment of minorities

"The campaign is aimed at educationally empowering the most poor and backward sections of the society," Naqvi said. 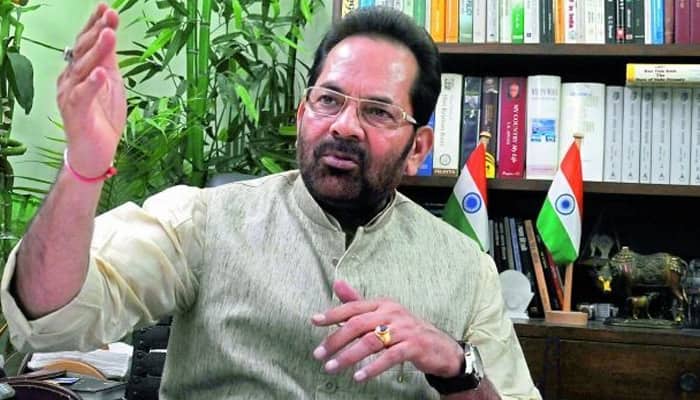 New Delhi: Union Minister for Minority Affairs Mukhtar Abbas Naqvi on Thursday said the Centre will be launching a campaign to educationally empower the poor and marginalised sections of the society.

"Tehrik-e-Taalim (campaign for education) will be launched on the occasion of late President A.P.J. Abdul Kalam`s 86th birth anniversary on October 15," Naqvi told the media here.

"The campaign is aimed at educationally empowering the most poor and backward sections of the society."

Naqvi said the ministry will launch the campaign in 100 districts which were identified as lacking in education awareness.

"Besides spreading awareness about education and the various other government schemes, we will be building schools and educational institutions to develop educational infrastructure in these areas," he said.

Speaking about the achievements of the ministry in the last three years of Prime Minister Narendra Modi`s government, Naqvi said that scholarships worth Rs 4,740 crore were being given to 1.82 crore students besides contributing towards infrastructure development including building 33 colleges, 97 ITIs, 16 polytechnic institutes, and 1,102 school buildings.

Pointing at a nearly 10 per cent hike in the ministry`s budget in 2017-18, Naqvi said around 70 per cent of the budget is being spent on schemes and programmes aimed at educational empowerment and skill development of minorities.

It may be OK in AAP's Delhi but not in US; Indian-origin man's ticket cancelled for filming dispute