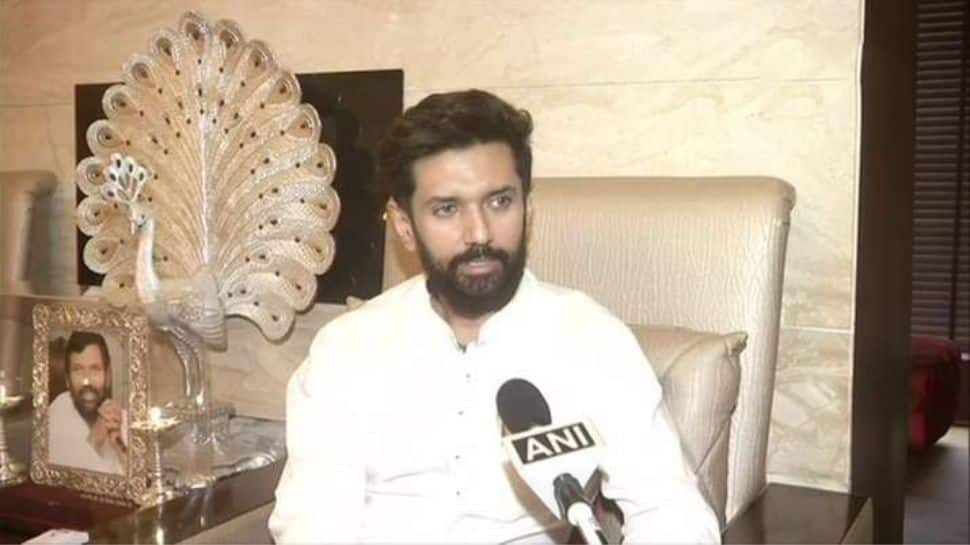 New Delhi: The battle for Ram Vilas Paswans legacy is being played out as his son Chirag and brother Pashupati Kumar Paras, heading two rival factions of the Lok Janshakti Party manoeuvre for a test of strength on the late leaders birth anniversary on Monday (July 5, 2021).

Chirag, who has been cornered within the party he headed until recently on account of a political coup staged by his uncle, will be launching an ashirwad yatra from Hajipur, the Lok Sabha constituency his father nurtured for many decades.

This has naturally angered Paras, who currently represents Hajipur and has replaced Chirag as the party's leader in the Lok Sabha, armed with the support of all other LJP MPs, besides acquiring the designation of national president of the faction he leads.

Paras recently expressed his disapproval of Chirag's programme and questioned whether the birth anniversary of his father was an occasion for paying tributes or to seek blessings of the people.

He also advised his nephew, with whom he has burnt his bridges, to hold his programmes in Jamui the Lok Sabha seat he is representing for the second consecutive term.

With numbers on his side, Paras has managed to lay claim on the party's resources like its state headquarters building here, where a function will be organized on the occasion of the jayanti of its founding president, who breathed his last in October last year.

Nonetheless, he faces the daunting challenge of rallying the Paswan community in the state, who looked upon the former Union minister as their icon, with Chirag Paswan expected to leave no stones unturned to project himself as the rightful heir of his fathers legacy.

Acrimony between the two factions has already started playing out on the streets. On Saturday, Chirag supporters waved black flags at local MP Mehboob Ali Kaiser in Khagaria, which incidentally also happens to be Paswan's home district.

Kaiser is a former state Congress president who, upon joining the LJP, secured the ticket from Khagaria in 2014 and went on to become the only Muslim MP from the NDA at that time.

Five years later, trust was again reposed in him by Ram Vilas Paswan for the party ticket and his siding with Paras camp is being viewed by Chirag supporters as a betrayal.

It would be interesting to note the stance adopted by NDA's major constituents in Bihar BJP and Chief Minister Nitish Kumar's JD(U) on the birth anniversary celebrations.

The JD(U) has been facing accusations of having engineered the split to avenge Chirag's rebellion against Nitish Kumar in the assembly polls.

The BJP has been charged with silence by Chirag who has always held that he was to Prime Minister Narendra Modi what Hanuman was to Lord Rama. The saffron party has not shunned Chirag openly, though Speaker Om Birla giving recognition to the breakaway faction shows that it is not averse to doing business with the rival camp either.

The day also coincides with the inauguration of silver jubilee celebrations of RJD, arguably the party with the largest presence in the state whose leader Tejashwi Yadav has already held out an olive branch to Chirag, reminding him of the close ties between the late Paswan and his father Lalu Prasad.

Notably, the RJDs programme for its silver jubilee function includes a special mention of garlanding of Late Ram Vilas Paswan's portrait a seemingly innocuous move but pregnant with meaning for the politically savvy public of the state.