Naveen Patnaik said that his salary for the entire year would be given to the CM's Relief Fund. 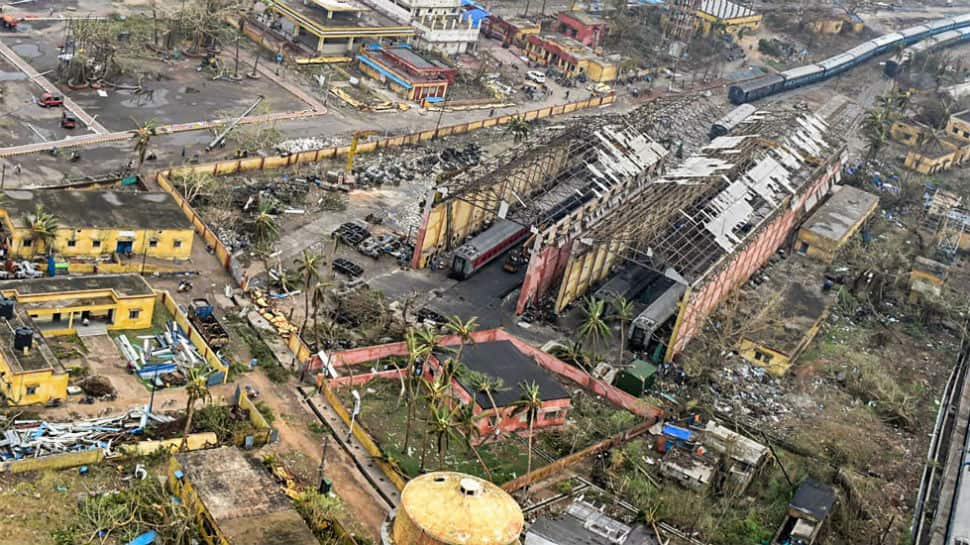 A bird’s eye view of the destruction caused by Cyclone Fani in Puri (Image courtesy: PTI)
Share:
Written By:

New Delhi: Odisha CM Naveen Patnaik on Monday said that he will donate his year's salary to help victims of Cyclone Fani that hit the state last week.

Patnaik said that his salary for the entire year would be given to the CM's Relief Fund.

Odisha bore the brunt of Cyclone Fani that hit the eastern coastline of the country last week. At least 34 people were killed and hundreds injured in the state after the cyclone made landfall on Friday. The extremely severe cyclonic storm unleashed copious rain and windstorm that gusted up to 200 kmph, blowing away thatched roofs of houses, swamping towns and villages in Odisha. There has been massive damage to property and the cost is currently in the process of being estimated.

The state machinery reportedly worked overtime to ensure that the death toll is kept to a minimum. Lakhs of people were evacuated to safer locations even as teams from National Disaster Response Force (NDRF) and Odisha State Disaster Management Authority - along with Indian Navy and Coast Guard - continue to work round the clock to provide relief.

PM Narendra Modi too is learned to have kept a close watch on the situation, assuring Odisha government of assistance. On Monday, he said that while Rs 381 crore had been issued for relief work previously, an additional Rs 1000 crore will be given as well. He also praised CM Patnaik for his efforts in trying to limit damage to life and property. "Naveen babu did good planning. The Government of India will be with him in carrying forward the work," he said as he toured some of the cyclone-affected districts in the state.

Help has been pouring in for Odisha from across the country with millions of people helping with financial aid as well as with relief materials. A number of CMs and political parties too have announced monetary assistance for Odisha.