A video of daring rescue by Assam's Kaziranga National Park forest guards has emerged from the flood-hit state. 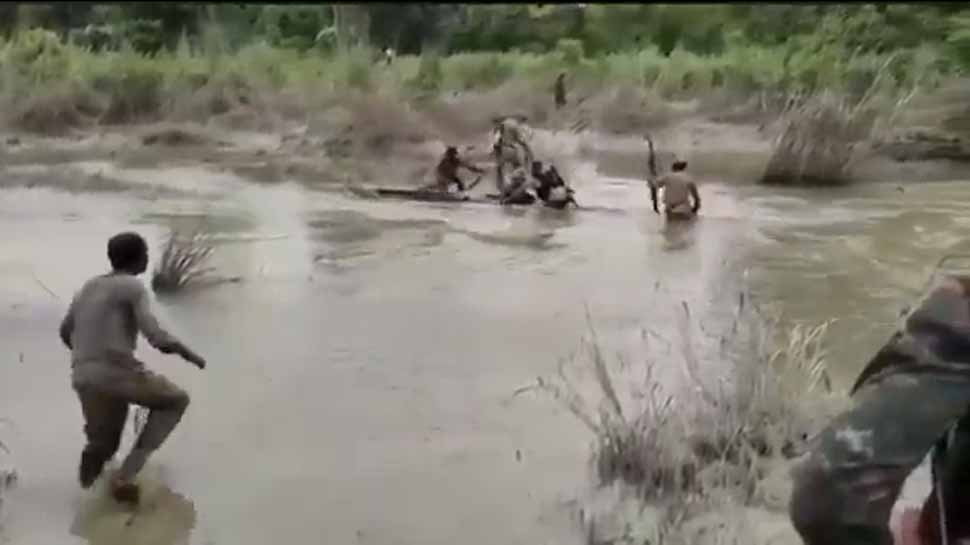 Guwahati: A video of daring rescue by Assam's Kaziranga National Park forest guards has emerged from the flood-hit state.

In the video, it is seen that four guards in a boat continuing with their patrolling duty in the flooded Kaziranga National Park when it overturns. Fellow guards on duty jump into the stream without caring about the presence of tigers, one-horned rhinos and other wild animals to rescue all four guards.

Fortunately no one was hurt in the mishap, all gaurds were safely rescued.

Even though the flood situation in Assam is improving, Kaziranga is still inundated. The deluge had impacted 12528 people in six districts on Friday.

According to the daily flood report of Assam State Disaster Management Authority (ASDMA), The flood waters receded from Chirang and Kamrup Metropolitan districts and remained in Dhemaji, Baksa, Kokrajhar and Morigaon districts. The flood in Assam eased further on Saturday with only 6435 people in four districts affected, official sources said.

No death due to the natural calamity was reported from any where in the state during the day.