The Met department has predicted that the weather will remain two to three degrees below normal for most parts of this week. Foggy conditions - especially in the wee hours - could intensify. 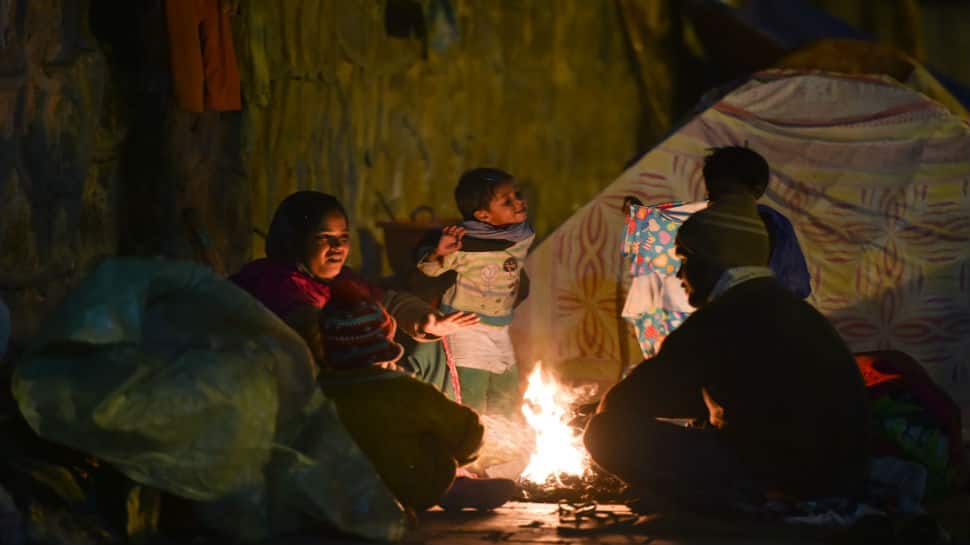 New Delhi: The new year has hardly provided any respite to residents of Delhi and adjoining areas who have been battling high pollution levels and a chilly weather for almost a month now. Pollution levels on Wednesday - the second day of 2019 - touched 'severe' levels, according to Centre-run System of Air Quality and Weather Forecasting (SAFAR).

Pollution levels oscillated between 'poor' and 'severe' for most parts of December and the pattern has extended into January with Wednesday morning seeing toxic air quality continuing to choke locals. The overall AQI figure at 0600hrs was recorded at 402 with Delhi University area worst at 539.

Especially vulnerable are the homeless who have been hit by a double-edged sword of pollution and biting cold. The minimum temperature recorded on Wednesday was 7 degree Celsius, forcing even more people to take refuge in night shelters.

Homeless people have moved to night shelters to survive the chilly winter of New Delhi; Early morning visuals from a night shelter near AIIMS pic.twitter.com/1cx7xQefgG

Wednesday morning also saw a blanket of fog in Delhi and adjoining areas which led to as many as 12 trains running behind schedule.

There were, however, no reports of airplane traffic getting affected.

The Met department has predicted that the weather will remain two to three degrees below normal for most parts of this week. Foggy conditions - especially in the wee hours - could intensify.