Chief Minister Arvind Kejriwal said that steps had been taken to provide around 1,400 more ICU beds in the national capital, after visiting Guru Teg Bahadur Hospital. 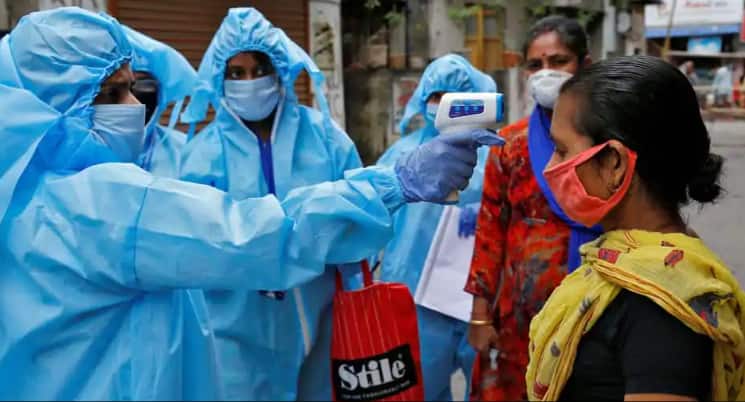 New Delhi: The national capital on Wednesday (November 18) recorded the highest single-day fatalities at 131, taking its overall death toll to 7,943 in the last 24 hours as efforts are on to contain the wrath of the COVID-19 pandemic by the AAP government.

Delhi also witnessed 7,486 new cases out of the 60,229 samples tested in the last 24 hours mounting the coronavirus tally to 5,03,084. Delhi has seen an alarming spike in cases in recent weeks, recording more new cases than any other state in the country. The fatalities recorded are the highest in a day coming in parallel to the sharp spike in cases being reported after a months-long lull.

The Delhi Corona App, however, showed that 1,236 out of 1,347 ventilator beds in dedicated ICU wards across the hospitals in the capital city are occupied, leaving a large waiting list for the patients to procure even a single bed. All the major private and government hospitals have shown full occupancy, as per the application.

The only silver lining is that the number of tests conducted crossed the 60,000-mark after days of testing abysmally low number of samples since the Diwali festivity started.

Amid rising cases of COVID-19, Chief Minister Arvind Kejriwal said that steps had been taken to provide around 1,400 more ICU beds in the national capital, while speaking to reporters after visiting Guru Teg Bahadur (GTB) Hospital.

Kejriwal said 663 ICU beds will be increased in the hospitals of Delhi in the next few days and the central government has assured to provide 750 more beds at DRDO facility.

Delhi CM said, "There is an increase in COVID-19 cases in Delhi but there are enough beds available now. There is a shortage of ICU beds but we are looking into it. There are many cases in Delhi, our doctors and health workers are responding to it very well."

The Chief Minister said he met doctors and authorities at GTB hospital and was thankful to them that they are increasing 238 ICU beds in GTB hospital, adding "This will be accomplished by day after tomorrow. (Delhi) Health Minister has met authorities in other hospitals."

"We will increase 663 ICU beds in the coming days in hospitals of Delhi government including the GTB Nagar hospital. Centre has assured us 750 additional beds in DRDO facility I am thankful to them. So around 1400 beds will be ready," he added.

Notably, the Delhi government also allowed COVID-19 designated hospitals to engage fourth and fifth-year MBBS students, interns, and BDS doctors to assist duty doctors in controlling the pandemic in view of the rising COVID-19 cases in the national capital.

According to an official order, the fourth-year and fifth-year MBBS students and dental doctors will assist duty doctors at the honorarium of Rs 1,000 for an 8-hour shift and Rs 2,000 for a 12-hour shift per day.

The order said, "In view of the COVID-19 pandemic and increased demand of ICU beds and medical HR in the hospitals of GNCTD Delhi for management of COVID-19, all MDs/Directors of COVID Hospitals of GNCTD are permitted to engage 4th and 5th-year MBBS students, Interns and BDS pass doctors to assist the duty doctors at the honorarium of Rs 1,000 (8 hrs shift) and Rs 2,000 (12 hrs shift) per day by exercising powers delegated to them Under Section 50 of Disaster Management Act."

In the case of interns, the honorarium would be over and above their stipend, the order said. The Delhi government's order has come as the COVID-19 tally in the national capital crossed the five lakh mark on Wednesday with 7,486 new cases.