A 42-feet-high statue of late Deputy Prime Minister Devi Lal was unveiled by the BJP partner Jannayak Janata Party on his 108th birth anniversary here on Delhi-Mumbai Highway on Saturday. 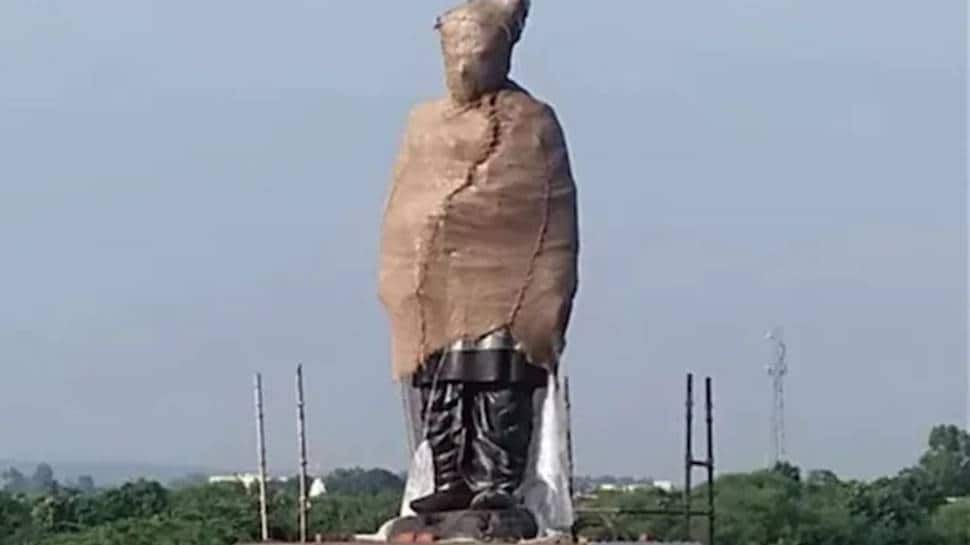 The function was attended by JJP national president Dr Ajay Singh Chautala, Haryana Deputy CM Dushyant Chautala and other senior leaders, who participated in ?havan and yagya? and offered flowers to the statue of Devi Lal.

Addressing the gathering on this occasion, Ajay Singh Chautala said the JJP in alliance with the BJP is working today for the benefit of farmers, labourers and youths. He said the coalition government has reserved 75 per cent of jobs for local youths in the private sector.

The government has also decided to provide examination centres to applicants in his home district for their benefit. Women too have been provided 50 per cent reservation in the panchayat elections in Haryana by the BJP-JJP government, he said.

While paying tributes to Late Devi Lal, Deputy CM Dushyant Chautala said the highest statue of "Jannayak" is a symbol of unity. He said for the development of Haryana, all of us need to work together.

He said the rural areas are developing fast today under the BJP-JJP government.

Dushyant Chautala said the JJP is walking on the path forged by Devi Lal and is dedicated to strengthening farmers and workmen financially and that the Haryana government has bought every single grain from the farmers on MSP.

Deputy CM said in the last 10 months, some people associated with some political parties, have been trying to mislead the farmers. He said such people have been saying that the mandis will be closed, MSP will be stopped and that farmers' lands will be usurped.

He said I guarantee you that neither the lands will be usurped nor the mandis and MSP will be stopped. He said if anything like that happens, he and all the JJP MLAs will pull out of the alliance and resign in a minute.

He said protecting farmers rights are the JJP's highest priority.