Dr Subhash Chandra settles over 91% debt, says remaining dues are in process of being paid 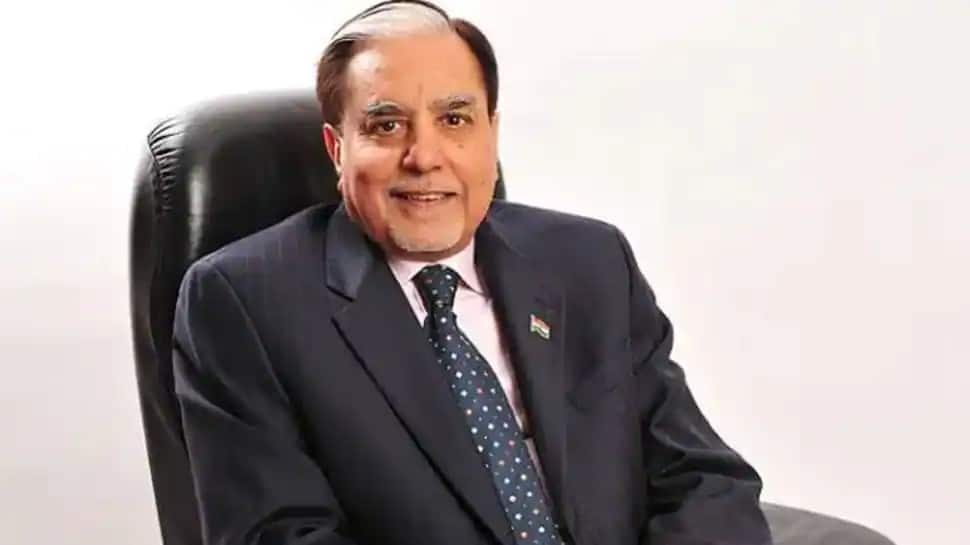 New Delhi: Essel Group Chairman Dr Subhash Chandra has settled 91 per cent of the debt to the lenders and is poised to clear the remaining dues in the near future.

In an open letter, Dr Chandra revealed that as many as 43 lenders have received the pending dues.

It was the second open letter Dr Chandra shared, in which he outlined the details of the debt resolution process and the steps taken to pay off the lenders.

“I am happy to report that we have come out of the financial stress situation by settling 91.2 per cent of our total debt to 43 lenders in 110 accounts. 88.3 per cent amount has been paid, while the remaining 2.9 per cent is in the process of being paid. We are making all the required efforts to settle the remaining 8.8 per cent of our total debt. I have no regrets for parting with substantial ownership in the business and specially in the ‘jewels of the crown’. This was done to keep the family’s honor,” Dr Chandra said in a statement.

Dr. Chandra further elaborated on his earnest desire to settle the remaining outstanding dues before the end of this fiscal year or before.

He also emphasized on the fact that he does not regret the decision taken to part with a substantial portion of his ownership in his key businesses, attributing this decision taken to preserve the honour of his family. He reiterated the exit from the Infrastructure, Financial services and Print Media businesses.

“I have earned a fair experience in the video business; hence I am exploring new ways / business opportunities in the ‘video in digital space’ as well as AI/ML (Artificial Intelligence and Machine Learning) in the video space, without getting into any conflicts with ZEEL, in any manner. I will provide the specifics very soon and you all will witness the initial phase of launch, of yet another pioneering venture, he said.

“In nearly forty years of my friendship with Subhash ji he always made me feel proud. I must say that his achievements as a visionary businessman pales before his act of honour to sacrifice all he built for the sake of it. Also his humility to admit his errors openly, in fifty years of my business career, I can’t think of a parallel,” Bhansali, Co-Founder and Chairman, ENAM, said.

In his first open letter issued in January 2019, Dr Chandra had apologized for the hardships faced by the lenders due to the liquidity crisis triggered by the IL&FS case and said he is committed to repaying the money to the best of his abilities.

Backed by the immense support and trust bestowed upon him by the lenders, Dr Chandra has managed to fulfill his promise.

Property in Noida-Greater Noida to get expensive, circle rates likely to be raised