Economic progress not possible without securing the country: Amit Shah

Home Minister Amit Shah on Wednesday spoke about the importance of law and order and challenges to internal security at the 49th foundation day celebrations of Bureau of Police Research and Development in New Delhi. 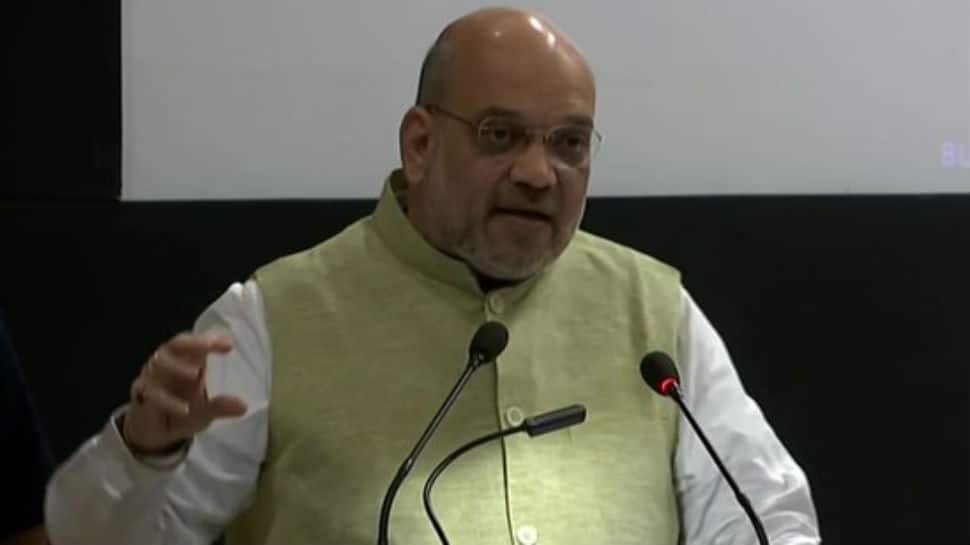 Home Minister Amit Shah on Wednesday spoke about the importance of law and order and challenges to internal security at the 49th foundation day celebrations of Bureau of Police Research and Development in New Delhi.

He also gave his insight on the 'policing in India' and the importance of the institution in modernisation and training of the police forc and said that economic progress is not possible without securing the country.

He also laid stress on the importance of maintaining India`s internal and external security to achieve Prime Minister Narendra Modi`s goal of making the country a $5-trillion economy.

Here are pointers from the Home Minister's speech:

#System should be institutionalised. It should be imbibed in one's nature and should not remain confined in law books. Everyone should have clarity about their role.

#Congratulating the BPR&D for their wor, Shah said that: Any government or non-government organistation continuously runs for 50 years, it should be understood that work is going well. BPR&D has maintained its relevance for 50 years continuously. I congratulate all of you.

#When people discuss governance these days, they by and large talk about the developmental works being done. But since the inception of the institution of State, the first thing that came to the discussion table was law and order.

#PM Modi wants to make India a $5-trillion economy, and put it among the world's top three. But economic progress is not possible without securing the country. There is need to maintain external security and law and order in the states.

#The era is changing, our challenge is changing and to face it we need to modernise the police department. He said over 34,000 personnel had sacrificed their lives to maintain law and order within the country lending credibility to the Police Force, and urged policemen to carry forward the good work done by their colleagues.