The estimated value of the immovable assets was Rs 16.40 crore, the ED said. 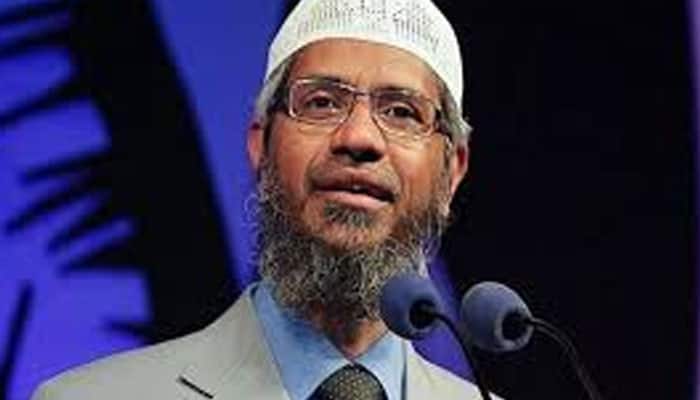 New Delhi: The Enforcement Directorate (ED) has attached fresh assets worth Rs 16.40 crore in connection with its money-laundering probe against controversial Islamic preacher Zakir Naik, it said on Saturday.

The Enforcement Directorate (ED), in a statement, said it had issued a provisional order for attachment of assets registered in the name of Naik's family members, located in Mumbai and Pune, under the Prevention of Money Laundering Act (PMLA).

The estimated value of the immovable assets was Rs 16.40 crore, the central probe agency said.

The ED identified the properties as Fatima Heights and Aafiyah Heights in Mumbai, an unnamed project in the Bhandup area of Maharashtra's capital city and a project named Engracia in Pune.

"In order to disguise the origin of funds and real ownership of the properties, the initial payments made from Naik's bank account were refunded and diverted to the accounts of his wife, son and niece and re-routed again for the purpose of making bookings in the name of the family members rather than Naik,'' the ED said.

"This has been revealed from the money trail established by the ED," the agency said.

The ED had registered a criminal case against Naik and others in December 2016 after taking cognisance of a National Investigation Agency (NIA) complaint filed under the Unlawful Activities Prevention Act (UAPA).

The NIA had also filed a charge sheet against Naik and others before a Mumbai court in October 2017.

Quoting the NIA charge sheet, the ED said Naik "deliberately and maliciously insulted the religious beliefs of Hindus, Christians and non-Wahabi Muslims, particularly the Shias, Sufis and the Barelwis, with the intention of outraging their religious feelings".

It said Naik's organisation, the Islamic Research Foundation, and Ms Harmony Media "have been instrumental in the maximum circulation of such incriminating speeches".

"For such activities, the accused (Naik) was receiving funds from IRF as well as other unknown sources," the ED claimed.

This is the third such attachment by the ED in the case and with the latest order, the total value of assets attached by the agency stands at Rs 50.49 crore.

The ED, which functions under the Union finance ministry, is looking into the charges of laundering of illegal funds in the case and the subsequent proceeds of crime thus generated.

The attachment of assets action under the PMLA is aimed to deprive the accused of taking benefits of his ill-gotten wealth and such an order gets confirmed after an order is passed by the Adjudicating Authority of the PMLA within 180 days.

The ED said the probe against Naik, said to be based in Malaysia at present, was continuing.