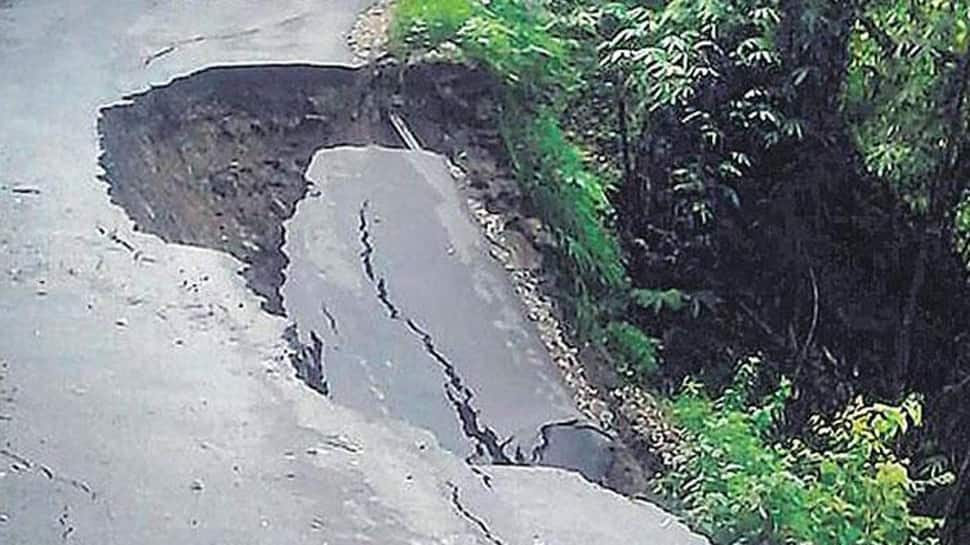 There were fresh landslides on the highway at Gangroo, Ramsoo, Pantiyal and Anokhi areas in Ramban districts, they said.

Dy SP (Highway) Pardeep Singh, who is monitoring the work himself, said the earlier landslide at Sherbibi was cleared but the work on the rest is on.

He said a portion of the road, which sunk at BDO office in Ramsoo, will be made trafficable for one way traffic after repairs.

At six places on the highway in Ramban section, there are either landslides or shooting of stones from mountain tops, posing hurdles in clearance operations, IG Traffic Alok Kumar said.

Due to the closure of the highway over 1,500 vehicles, most of them trucks, have been stranded at various places in Kathua, Jammu, Udhampur, Chenani, Patnitop, Ramban, Batote, Banihal areas, they said.

A massive avalanche also hit Chashoti area in Paddar in Kishtwar, they said.

There was no loss of life or injury to anyone, officials said.

Ballot is stronger than the bullet: Politicos' united echo on National Voters Day