PM Modi was honoured with Order of Zayed on Sunday in what was not just a testament to the growing ties between UAE and India but also of India's growing stature and respect in the world arena. 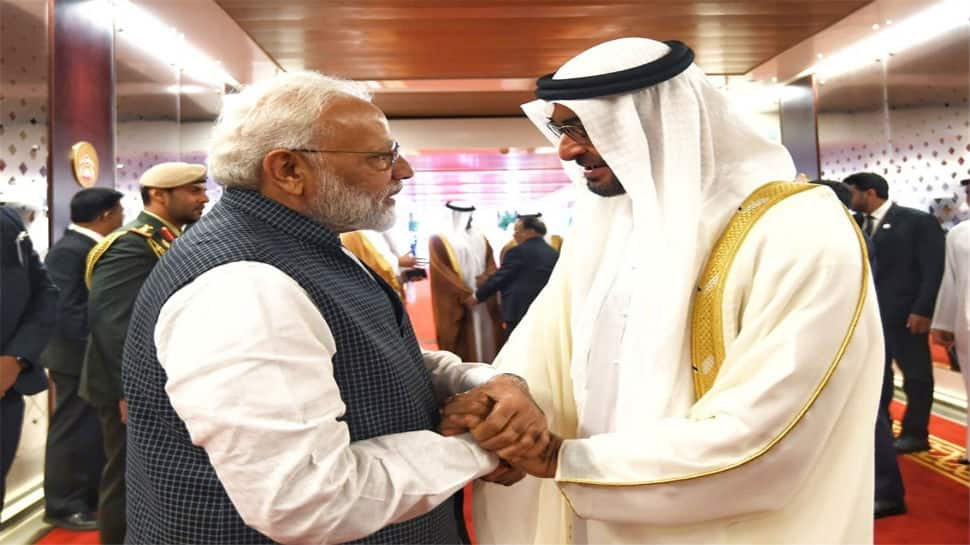 Already in despair for not getting any support from the international community against India, Pakistan has been left even more frustrated after the United Arab Emirates gave its highest civilian honour - Order of Zayed - to Prime Minister Narendra Modi.

PM Modi was honoured with Order of Zayed on Sunday in what was not just a testament to the growing ties between UAE and India but also of India's growing stature and respect in the world arena. In contrast, Pakistan has been falling head-first into the diplomatic abyss and its efforts to draw the world attention to Article 370 being revoked in Jammu and Kashmir - an internal matter of India - has failed miserably. With UAE honouring PM Modi, Pakistan's frustrations have only quadrupled. Local media reported that Pakistani Senate Chairman Sadiq Sanjrani cancelled his visit to the UAE shortly after the Gulf country honoured PM Modi. Pakistani minister Fawad Chaudhary also addressed a press conference on the same day in which he touched upon UAE's decision to honour PM Modi. "Do not see what the UAE is doing, what Iran is doing, what Saudi (Arabia) is doing, what America would do, what Europe would do. We have to fight our own battles," he said even as he continued with the false narrative of Indian 'oppression' in Jammu and Kashmir.

No one around the world has been paying heed.

The world has mostly united in recognising India's decision to scrap Article 370 as an internal matter. PM Modi's diplomatic outreach to other countries as well as his promise of a better and secure future for the people of Jammu and Kashmir have ensured that the developments from earlier in August have been received positively here and elsewhere.

Pakistan, however, finds itself isolated. Imran Khan recently said that there is no point in talking to India anymore. Rival politicians have accused him of 'selling out' on Kashmir issue. Others have said that it would be incorrect to expect the world to join hands against India on the Kashmir issue. The country's long-standing 'policy' of waging proxy wars through terrorists too has mostly backfired as India has dealt with terrorism with an iron hand. Peace has prevailed in Jammu and Kashmir, adding to the worries in Islamabad.

With Islamic countries like the UAE also honouring relations with India, there is a sense of isolation rankling in Pakistan.