Uttar Pradesh reeled under hot weather conditions on Monday and Banda was the hottest place in the state with a maximum temperature of 45 degrees Celsius. 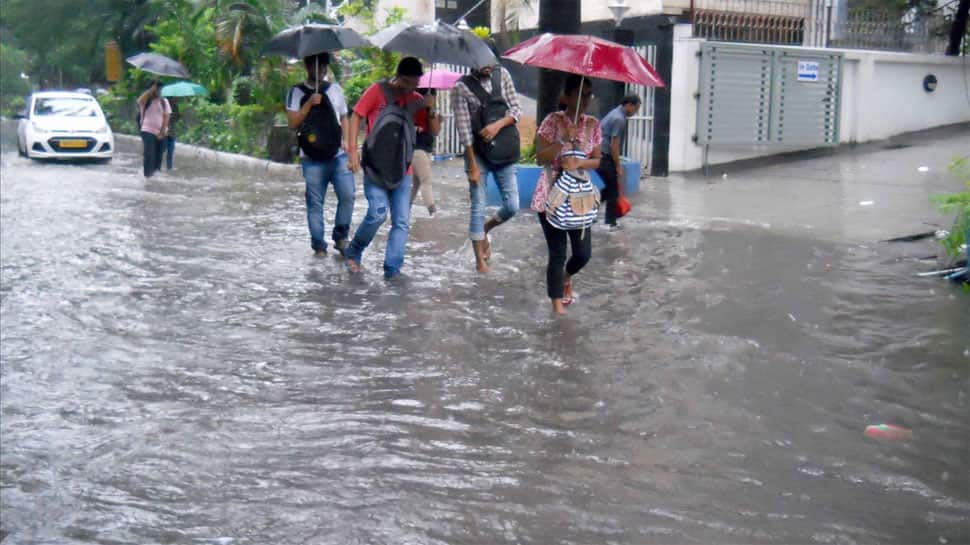 New Delhi: Eleven people were killed in rain and lightning-related incidents in the country, even as northern parts of India on Monday reeled under hot weather conditions.

The flood situation in Assam saw a slight improvement with waters in major rivers receding below the danger level, even as two persons reportedly drowned in the state's Cachar district, taking the death toll to 26. The Assam State Disaster Management Authority (ASDMA) said a total population of 96,993 in five districts was reeling under the impact of the flood, as against 1.94 lakh people in six districts on Sunday.

The worst-hit district is Karimganj where 59,023 people have been affected, while the other districts hit by the current wave of floods are Dhemaji, Lakhimpur, Cachar and Hailakandi.

It was a hot day in Delhi with the mercury settling at 42.7 degrees Celsius on Monday, five notches above the season's average. The minimum temperature was recorded at 32.6 degrees Celsius, which was four notches above the normal, according to the meteorological (Met) department. The weatherman has predicted partly cloudy skies and dust storm in the evening on Tuesday.

Uttar Pradesh reeled under hot weather conditions on Monday and Banda was the hottest place in the state with a maximum temperature of 45 degrees Celsius. However, the Met department has forecast rain or thunderstorm accompanied by squall at isolated parts of eastern UP over the next two days.

Denizens of Jammu grappled with blistering heat with the maximum and minimum temperatures being several notches above the normal. The city recorded a high of 41.5 degrees Celsius and a low of 26.4 degrees Celsius on Monday, a spokesperson of the Met department said.

The maximum temperatures continued to hover above the normal at most places in Punjab and Haryana, including in Chandigarh, with Hisar once again turning out to be the hottest place in the two states at 43.7 degrees Celsius on Monday. Chandigarh, the common capital of Haryana and Punjab, recorded a maximum of 39.8 degrees Celsius, three notches above the normal, a Met department report said.

In Rajasthan, heavy rainfall occurred at one or two places on Monday in the Udaipur division and normal showers were reported from isolated places across the state, a Met official said. Kota registered 7 cm of rainfall, Deogarh 6 cm, and Jawaja and Banera towns 5 cms each. Several places recorded 1 to 4 cm rainfall in the state. Churu was the hottest place in the state with a maximum of 44.6 degrees Celsius.

- Thunderstorm accompanied with squall very likely at isolated places over east UP.

- Thunderstorm accompanied with squall and hail very likely at isolated places over Uttarakhand.

- Thunderstorm accompanied with squall over Jammu division of Jammu and Kashmir, Himachal Pradesh and UP.

(With inputs from PTI and imd.gov.in)