Snowfall in the hills of Uttarakhand over the last couple of days drew hordes of tourists to the picturesque locations across the state. 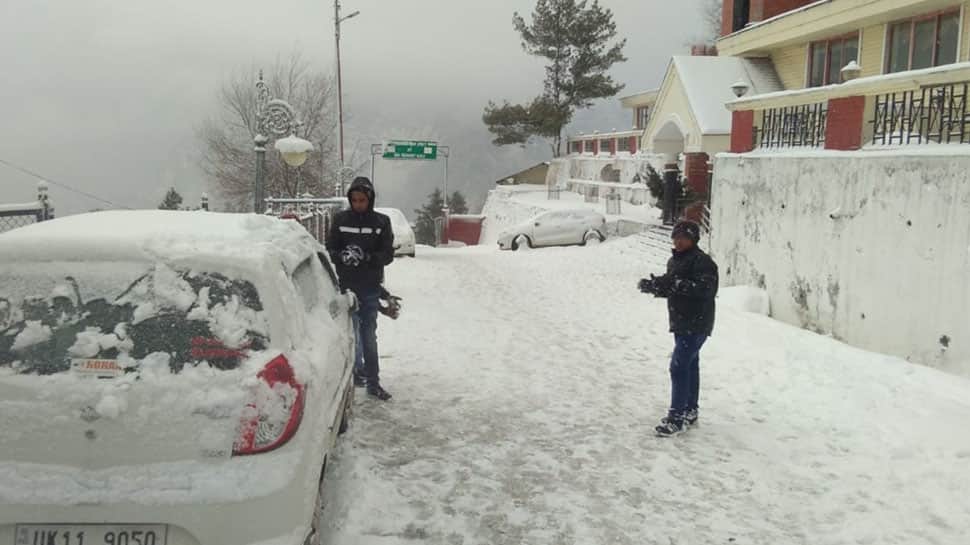 In view of heavy rain and snowfall warning, officials of Uttarakhand's Chamoli district on Wednesday declared a holiday in all government and private schools, and Anganwadi Centres for Thursday.

Snowfall in the hills of Uttarakhand over the last couple of days drew hordes of tourists to the picturesque locations across the state.

A healthy increase in tourist arrivals in Mussoorie, which received the heaviest snowfall in the last five years on Tuesday and neighbouring Dhanolti, brought smiles to the faces of tour operators and hotel owners. But the accumulation of snow also left a number of roads blocked in various other places, causing inconvenience to residents.

Prolonged power outages due to disruption of transmission lines plunged several areas of Uttarkashi district into darkness, including Purola and Bhatwari.

Dozens of link roads, including the Gangotri-Yamunotri highway, Dehradun-Suvakholi and Uttarkashi-Lambgaon motor roads, in Uttarkashi, remained closed making it difficult for people to commute.

While people have started visiting Harsil, Radi, Ghati in Uttarkashi district, the impact of snowfall on tourism will be visible for a long time with adventure tourism lovers likely to make a beeline to places like Sumar, Dayara grassland, Kedarkantha, Nelang and Sukki Top for snowbiking and skiing.

Dayara grassland is famous for its snow-laden slopes like Auli in Chamoli district.