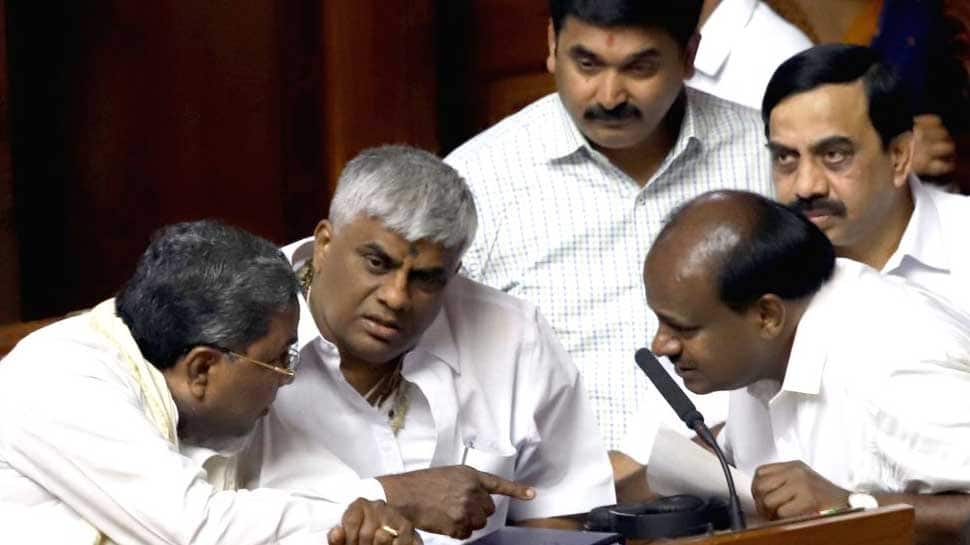 Bengaluru: In yet another twist to the current political turmoil in Karnataka, five more rebel Congress MLAs on Saturday approached the Supreme Court against the state assembly Speaker for not accepting their resignations.

Including these five, the total number of lawmakers who approached the Supreme Court is now 15.

Ahead of the trust vote in the Karnataka Vidhan Soudha (legislative assembly), the ruling Congress-JD(S) and the main opposition party BJP escorted their MLAs to different resorts in order to protect them from poaching.

While the Janata Dal-Secular (JDS) kept about 30 of its legislators at the Golfshire Resort near Nandi Hills in Bengaluru, the Congress moved its 50 MLAs to the Clarks Exotica Convention Resorts on the outskirts of the city.

The BJP too moved 80 of its 105 lawmakers to the Ramada resort at Yelahanka after Chief Minister HD Kumaraswamy announced on Friday that he would seek a trust vote in the assembly despite the resignation by rebel legislators.

In a related development, the Supreme Court on Friday ordered a ''status quo'' in connection with a plea filed by a group of dissident ruling Karnataka coalition MLAs seeking its urgent intervention in their case.

In their plea, the MLAs had accused the Assembly Speaker Ramesh Kumar of not discharging his constitutional duties and not approving their resignations.

During a hearing earlier on Thursday, the top court had asked the 10 MLAs to appear before the Speaker and requested the latter “to grant them an audience at the same time”.

Assembly Speaker KR Ramesh had asserted that he needs time to examine the resignations submitted by rebel Congress-JD(S) MLAs. A bench headed by Chief Justice Ranjan Gogoi said that the decision taken by the Speaker has to be interim.

If the resignations are accepted, the ruling coalition's 118 members will come down to 100 and the majority mark will drop from 113 to 105. The BJP has 105 members and the support of the two Independents, which takes its tally to 107.