Prime Minister Narendra Modi on Sunday in his monthly radio programme, Mann Ki Baat, touched upon the central government's seventh anniversary and said the nation has followed the mantra of "sabka saath, sabka vikas, sabka vishwas" in this period. 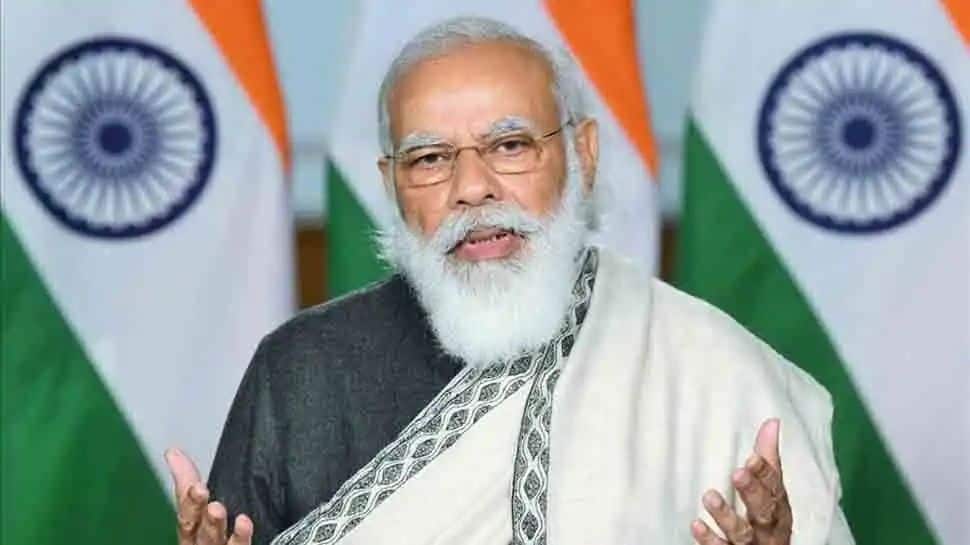 New Delhi: Prime Minister Narendra Modi addressed the nation in the 77th edition of his monthly radio programme, Mann Ki Baat, at 11 am on Sunday (May 30, 2021). The address came on the same day when Bharatiya Janata Party-led government at the Centre completed seven years in office.

While addressing the nation, PM Narendra Modi touched upon the central government's seventh anniversary and said the nation has followed the mantra of "sabka saath, sabka vikas, sabka vishwas" in this period.

“Today, we're having 'Mann Ki Baat' & also marks the completion of 7 years of the govt. Over these years, the country has followed mantra of 'Sabka-Saath, Sabka-Vikas, Sabka-Vishwas'. All of us have worked every moment with dedication in the service of the country,” said PM Modi in the 77th edition of Mann Ki Baat.

“There have been many moments of national pride in this period...Apart from many successes, there were some stern tests as well”, he said, referring to the pandemic. The nation fought its first wave with courage, and this too will be defeated, PM asserted.

Additionally, while speaking on the completion of seven years of Modi government, BJP President, JP Nadda said that the path of self-reliant India was made under the guidance of the Prime Minister.

“Under Prime Minister's leadership, we'll celebrate this day as 'Seva Diwas'. BJP workers will serve in 1 lakh villages. PM had called upon govt orgs & others to help needy during COVID. BJP has extended help to many under 'Seva Hi Sangathan'”, said BJP President.

Prime Minister also spoke about the various natural disasters that the country has faced in the past years and highlighted that more lives were saved compared to the past because of combined efforts put forward by the Centre and states.

“Coronavirus has been the biggest pandemic in 100 years, India faced many natural disasters in the form of Cyclone Tauktae and Cyclone Yaas during this pandemic...In these times of disasters, the people of Cyclone-affected states showed courage & fought with patience & discipline. I want to humbly acknowledge their efforts to those who actively participated in the relief and rescue operations. I salute them all,” said PM Modi.

PM Modi also spoke with a liquid oxygen tanker driver, a woman railway driver and an air force officer involved in the transportation of oxygen and related equipment to drive home the point on how these people are working overtime to ensure oxygen reaches those in need.

In normal times daily production of liquid medical oxygen was 900 MT, which has now risen over 10 times to nearly 9,500 MT, the prime minister noted.

He said despite the pandemic, the farmers ensured record production of crops and the government also made record procurement.