India's First Secretary at United Nations in Geneva, Pawan Badhe said, "We are not baffled that Pakistan does well when it comes to inciting hatred against religious minorities and targeting our leadership with hate speeches." 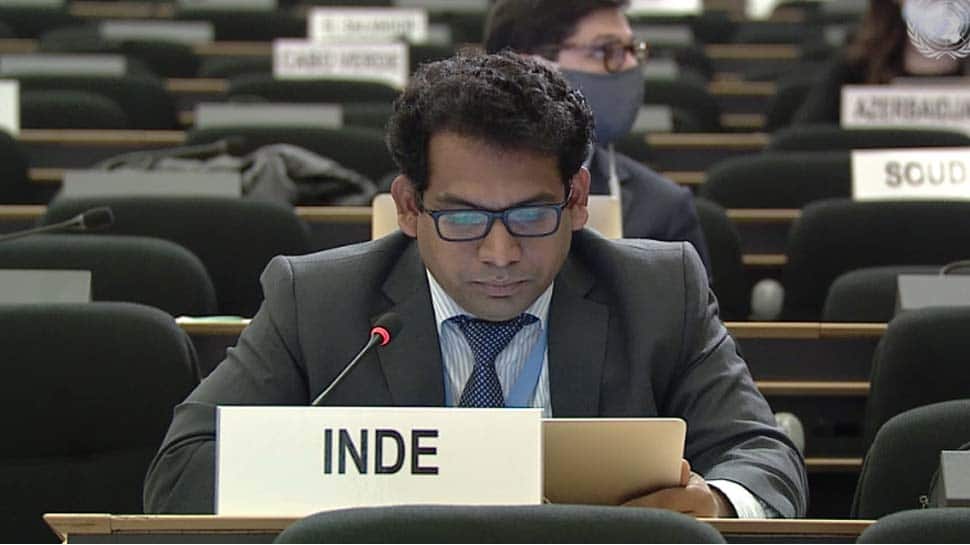 New Delhi: India on Wednesday highlighted Pakistan's hate speech against Indian leadership and the situation of minorities in the country at the United Nations Human Rights Council (UNHRC). India's First Secretary at United Nations in Geneva, Pawan Badhe said, "We are not baffled that Pakistan does well when it comes to inciting hatred against religious minorities and targeting our leadership with hate speeches."

Badhe added, "It’s well cherished an inherited culture of hatred makes it the perfect candidate for carrying forward the legacy of intolerance against anybody having modern views on human rights."

The Indian Diplomat said, "no fabricated words against India is going to change the fact that Pakistan and territories under its control are deathtraps for journalists, human rights defenders, social activists and religious and ethnic minorities".

He explained, "Perennial India bashing project of Pakistan in the UN system is also not going to change the fact that hundreds of journalists and human rights defenders die each year in Pakistan due to systematic killings including extrajudicial ones. Incessant attempts to maligning India in all international forums is not going to change the fact that tens of thousands of minorities would not stop fleeing Pakistan."

A number of reports of minority Hindu and Sikh girls being converted has been reported in the country. Recent abduction and conversion of Jagjit Kaur to Ayesha Bibi has been dominating the news on both sides of the border with a number of Sikh groups protesting against it near Pakistani High Commission in India's national capital Delhi.

Pointing out, Badhe said, "While the world has progressed well, Pakistan is still at the crossroads to understand the real meaning of modern laws, democracy and human rights" and "the language of accountability, civic space, fundamental freedoms, public participation is yet to find resonance with the authorities of Pakistan".