The Indian side is expected to raise the killing of its jawans by the Pakistani troops during the DGMO level talks. 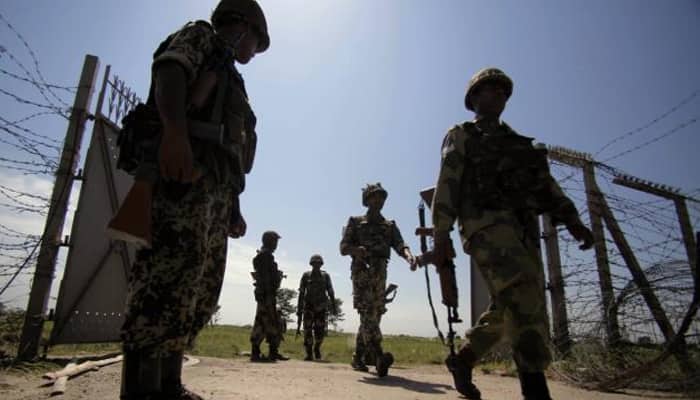 NEW DELHI: India and Pakistan will hold DGMO (Director General of Military Operations) level talks on Tuesday during the Indian side will lodge a strong protest over the recent killing of its jawans in a Border Action Team (BAT) attack near the Line of Control and increased infiltration bids by terrorists.

"During the hotline talk between the DGMOs, the Indian Army will strongly condemn the barbaric act of Pakistan Army," an official based in South Block, which houses the Ministry of Defence, said.

The top officials from both the sides will hold talks around 11 AM using the existing mechanism of hotline communication.

The sector commanders of the two armies had earlier met in Poonch on October 21 during which India issued a stern warning to Pakistan against sending terrorists to the Indian soil.

Today's DGMO-level meeting assumes significance as it comes in the wake of the recent attack on an Army patrol party along the Line of Control (LoC) in Jammu and Kashmir's Sunderbani sector in which three soldiers and two Pakistani intruders were killed and one Indian soldier was critically injured.

Since the DGMO talks on May 29, 2018, which was held at the behest of Pakistan, the Army has been maintaining utmost restraint to uphold the ceasefire along the LoC.

Since May, at least seven infiltration bids by the Pakistan Army have been foiled by the Indian Army, which also resulted in the killing of 23 terrorists.

Earlier this month, Major General Asif Ghafoor, spokesperson of the Pakistan military’s Inter-Services Public Relations, had threatened the Indian Army with “10 surgical strikes" in response to one such attack by India.

However, in response, Northern Army Commander Lt Gen Ranbir Singh claimed the Indian Army is fully prepared. "When required, any challenging task can be undertaken. It doesn't matter what statements are being made from what quarter," Singh said.

However, the Army maintained that according to intelligence inputs, there is no change in terrorist infrastructure across the LoC in PoK, hence several attempts of infiltration by Pakistan-trained terrorists.

War within CBI out in the open; DSP arrested, PMO summons top two