External Affairs Minister (EAM) S Jaishankar conveyed this to his US counterpart Mike Pompeo during an extensive bilateral meeting in the national capital. 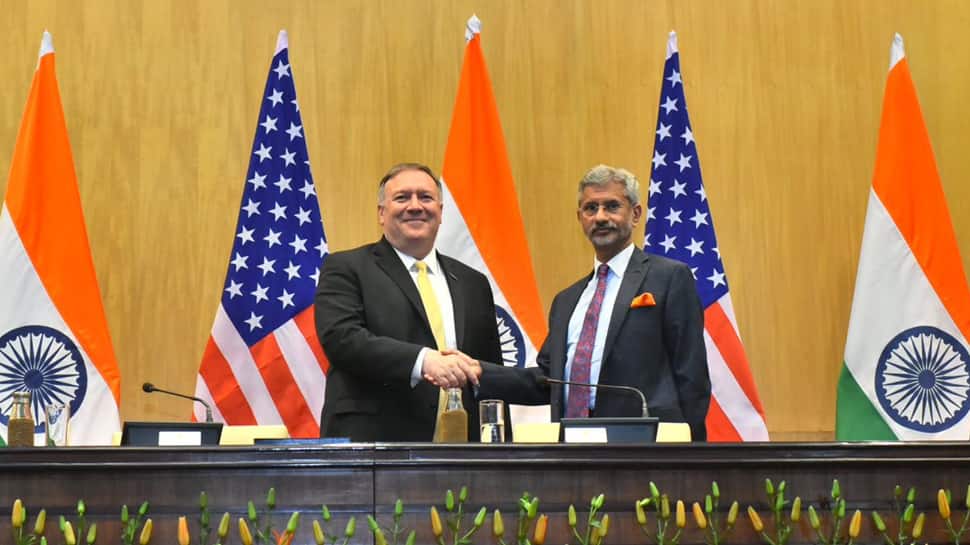 India told the US on Wednesday that it is guided by national interest while dealing with other countries, including sanctions-hit Russia from whom New Delhi is procuring S-400 missile defence systems. External Affairs Minister (EAM) S Jaishankar conveyed this to his US counterpart Mike Pompeo during an extensive bilateral meeting in the national capital.

Speaking on the trade disputes and S-400 issue, Pompeo said, "I've never found a partner ally, no matter how close, where we didn't have places where we've to work through things. We've endeavoured to make sure that our countries can provide security for itself, want India to be able to do that too."

Earlier replying to a query on the Countering America's Adversaries Through Sanctions Act (CAATSA), Jaishankar said, "We have many relationships with many countries, many of them are of some standing...They have a history. We will do what is in our national interest."

Jaishankar said that India and the US have a deep relationship but there will be some issues in which both the nations will have individual perspectives. "Harmonising our views is the task of diplomacy," said the EAM.

Noting that India-US strategic partnership was based on deep and broad convergence, Jaishankar said discussions with Pompeo were held on key issues including energy and trade as well as on the situation in Afghanistan and the Indo-Pacific region. "Today our discussion covered trade, defence, energy issues, stability, predictability, affordability and other domains. We discussed the visions of our leaders. We took a deliberated view of the issues," the EAM said.

On terrorism, Jaishankar said he expressed appreciation for strong support of the Trump administration. Pompeo said, "India has the military capability it needs and territorial integrity. India' s own experiences with terrorism have been vast. In Afghanistan, our resolve is to see that that land is not used for terrorism. We are grateful for India's role."

Jaishankar said that the situation in the Gulf was also discussed. "Energy security is a part of it...We had a very frank and open discussion on that. Chabahar did not come up as I don't see any outstanding issue on that right now. When you do trade, it is impossible that you will not have issues...Both of us are convinced to tell the governments to resolve these issues," said the EAM.

On discussion around Iran and trade, Jaishankar said, "Both of us came up much better informed on the issue. On common grounds of energy..US secretary understands that this is worlds 5th largest economy dependent on Gulf oil."

Pompeo, who arrived here Tuesday night, also called on Prime Minister Narendra Modi in the morning and discussed various aspects of the Indo-US relationship. The US Secretary of State's meetings with the Indian leadership are the first high-level interactions between the two countries after the return of the Modi government to power in May. Pompeo's visit comes ahead of a meeting between PM Modi and US President Donald Trump on the sidelines of the G20 Summit in Osaka, Japan, later this week.