Named Vyommitra, the robot is a prototype of humanoid and will go as a trial before the Gaganyaan goes up with the astronauts. 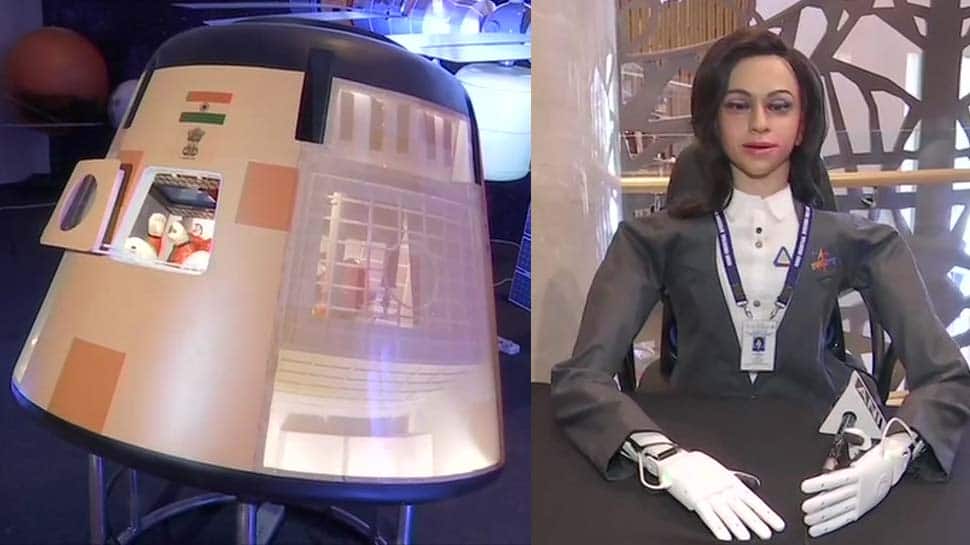 The Indian Space Research Organisation (ISRO) on Wednesday unveiled the female humanoid to be placed in the first unmanned mission under the Gaganyaan mission. Gaganyaan is India's first human space mission.

Named Vyommitra, the robot is a prototype of humanoid and will go as a trial before the Gaganyaan goes up with the astronauts. 'Vyommitra' will simulate most of the human body functions and report back to ISRO.

ISRO scientist Sam Dayal said, "It will try to simulate a human and report back to us. We are doing this as an experiment."

Earlier, ISRO had announced that four astronauts have been identified for the Gaganyaan mission. Sources told Zee Media that all the four astronauts selected for the mission are men but their identity cannot be revealed.

As per the ISRO sources, India's heaviest launch vehicle “Bahubali” GSLV Mark-III will the carry astronauts to space. Notably, the Union Cabinet has already sanctioned Rs10,000 crore for the Gaganyaan project. This followed the announcement made by the Prime Minister Narendra Modi on Independence Day last year, stating that the Gaganyaan launch in 2022 will coincide with the 75th year of India’s Independence.

Though the first Indian to go into space was Rakesh Sharma in 1984 but the spacecraft in which he went was not Indian.  Therefore, Gaganyaan will be the first-ever human space mission conceived and developed in India, as a distinct illustration of the Prime Minister’s 'Make in India' vision.

On September 21, 2019, ISRO chief Dr K Sivan had said that the Gaganyaan mission is extremely important for India because it will boost the science and technology capability of the country.