Josh of patriotism has not even spared the skies: Mehbooba Mufti on Air India circular asking crew to say 'Jai Hind'

Air India has issued an advisory making it compulsory for its crew to say "Jai Hind" after every flight announcement. 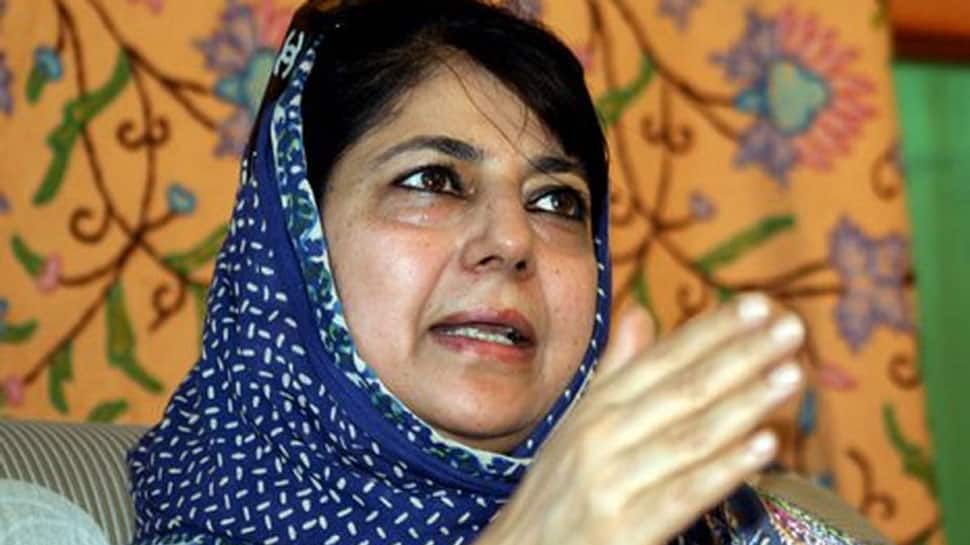 Taking to Twitter, the PDP chief said that the move wasn't surprising as the general election is right around the corner.

"Little surprise that with general elections around the corner, the josh of patriotism hasn't even spared the skies," she said in a tweet.

Former J&K CM Mehbooba Mufti tweets,"Little surprise that with General Elections around the corner,the josh of patriotism hasn't even spared the skies." Y'day,Air India issued a circular to all cabin crew&cockpit crew directing them to say' Jai Hind' aftr any announcement onboard pic.twitter.com/sloobFmErD

Mufti's tweet mocking the national carrier came a day after Air India issued an advisory making it compulsory for its crew to say "Jai Hind" after every flight announcement "with much fervour".

"With immediate effect, all (crew) are required to announce 'Jai Hind' at the end of every announcement after a slight pause and much fervour," the advisory issued by Amitabh Singh, Director Operations, Air India, said on Monday.

The advisory has been marked to all crew members of the cash-strapped carrier.

During his first stint as Air India's Chairman and Managing Director, Ashwani Lohani had issued a similar direction to pilots in May 2016.

According to officials, the current advisory is a "reminder" to the staff, in line with the "mood of the nation".

"The captain of a flight should often connect with passengers during the journey and, at the end of the first address, using the words 'Jai Hind' would make a tremendous impact," Lohani had said in a communication to his staff in May 2016.

Besides, Lohani in his communication had also asked the staff to be "courteous and polite" to passengers and said wearing a smile would be a "good thing".

Last month, the central government called back retired technocrat Lohani to head the carrier as chairman and managing director for a second time within two years.

Lohani was appointed Railway Board chairman in August 2017 and retired in December 2018.