The last rites of the Unnao rape victim, who succumbed to her injuries on late Friday night, were conducted by her family at her native village amidst heavy security on Sunday, after receiving assurance from the administration that all their demands will be met. 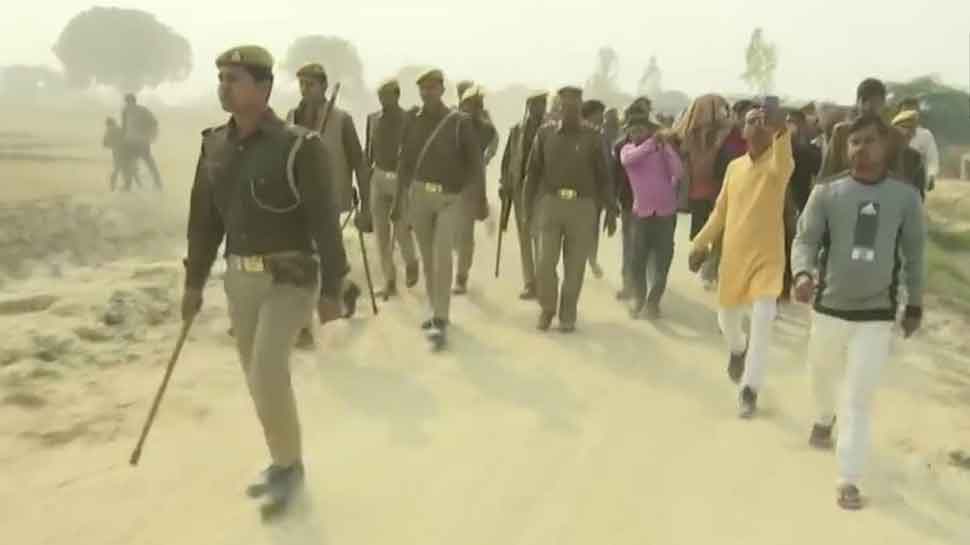 UNNAO: The last rites of the Unnao rape victim, who succumbed to her injuries on late Friday night, were conducted by her family at her native village amidst heavy security on Sunday, after receiving assurance from the administration that all their demands will be met.

She was laid to rest in the fields belonging to her family, where the mausoleum (mazaar) of her grandparents is situated. A large number of local residents and officials were present. Villagers from all walks of life paid their respects to the departed soul before the body was taken for the last rites.

Cabinet ministers in the Uttar Pradesh government Swami Prasad Maurya and Kamal Rani Varun also arrived in Unnao to meet the bereaved family and attend the last rites of the deceased. "We are committed to punishing the culprits and we, including the Chief Minister, are standing in solidarity with the bereaved family. We will do anything to punish the culprits, a fast track court has been set up to nail them," Maurya was quoted by news agency ANI as saying.

Leaders of the Samajwadi Party were also present in the village, and after the last rites, they will be participating in a condolence programme at the district headquarters.

Earlier on Sunday, the sister of Unnao rape victim had said that the family of the victim will not cremate the 23-year-old woman's mortal remains until Uttar Pradesh Chief Minister Yogi Adityanath visits them. The sister of the victim said that CM Yogi must visit them and give an immediate decision. She also demanded that the state government must give her a government job.

"Whatever their demands -- that case should be put to trial in fast track court so that culprits are given strictest punishment on time...apart from that, the family of the deceased victim is poor, and their resources are very limited. We would provide them facilities which can be sanctioned by the government," Meshram said.

The mortal remains of the victim were brought to her home at a village in Unnao on Saturday evening (December 7). The woman died on Friday night at Safdarjung Hospital after suffering from 90 per cent burns. The gang-rape victim was set ablaze by five men, including two of her rapists, on Thursday (December 5) while she was going to Raebareli for a hearing of the rape case which she had filed against the perpetrators of the crime.