Political crisis is growing in Karnataka where the Chief Minister HD Kumaraswamy's government is facing floor test in the House on Thursday. The echoes of what happens in the southern state are sure to be heard in Parliament too. 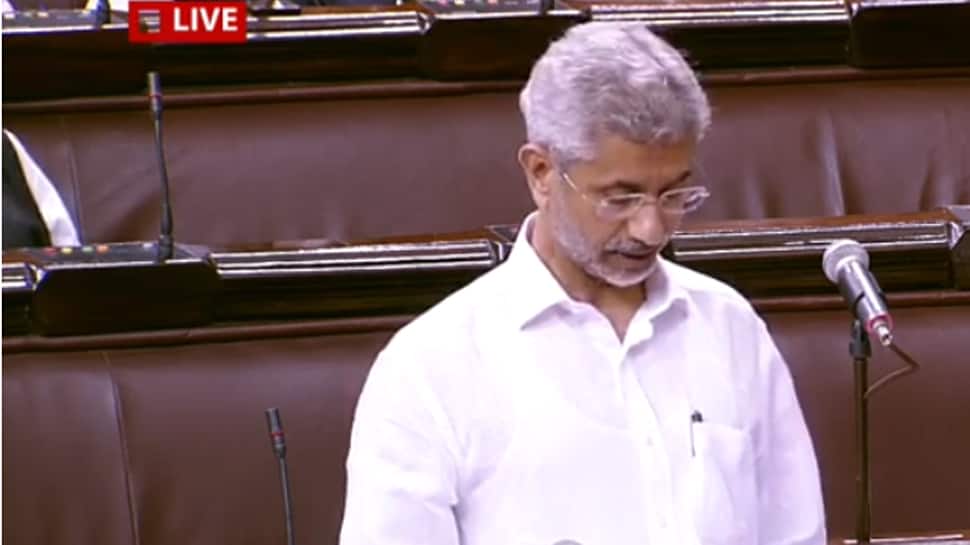 A day after the International Court of Justice ruled in favour of India in the Kulbhushan Jadhav case, External Affairs Minister Dr S Jaishankar made a statement regarding the judgement on Thursday. ICJ held Pakistan guilty of violating Vienna Convention in Kulbhushan Jadhav's case and ordered Pakistan not to execute him. It also directed "effective review and reconsideration" of his conviction and the sentence awarded to him by a military court.

Meanwhile back home, political crisis is growing in Karnataka where the Chief Minister HD Kumaraswamy's government is facing floor test in the House on Thursday. The echoes of what happens in the southern state are sure to be heard in Parliament too.

Stay with us for the live updates from Parliament:

Lok Sabha passes The Finance Bill, 2019 after Nirmala Sitharaman moved it for consideration and was taken up for discussion. The passage of the Finance (No.2) Bill, 2019 will complete the budgetary exercise for 2019-20.

Finance Minister Nirmala Sitharaman on Thursday said that The Finance (No.2) Bill, 2019 provides amendment to seven direct and indirect taxation related laws keeping in mind the "Make in India" prospective. Moving the Bill in the Lok Sabha for passage, Sitharaman said amendments to laws are being made through the Finance Bill in five major categories, including in GST. She said the government is taking up several measures under the direct taxation.

There were 8 MLAs who travelled together, here is a picture of one of them (Shrimant Patil) lying inert on a stretcher, where are these people? I'm asking the Speaker to protect our MLAs, says DK Shivakumar, Congress in Karnataka assembly. Uproar in the house after this.

Rajya Sabha Chairman M Venkaiah Naidu also joined S Jaishankar in welcoming the verdict. "I am very happy that the entire House is together in welcoming the ICJ judgement. Hope we will pursue till Shri Kulbhushan is discharged and released," he said.

"In 2017, this government made a commitment on the floor of the House to undertake all steps necessary to protect the interest and the welfare of Shri Jadhav. The government has made untiring efforts in seeking his release including through legal means in ICJ. Kulbhushan Jadhav's family has shown exemplary courage in difficult circumstances. I can assure the govt will vigorously continue its efforts to ensure his safety and well being, as well as his early return to India," Jaishankar said.

S Jaishankar said in Rajya Sabha: "The International Court of Justice (ICJ) by a vote of 15-1 upheld India's claim that Pakistan is in violation of the Vienna Convention on several counts. The ICJ has directed that Pakistan is under an obligation to inform Jadhav without further delay of his rights and to provide Indian consular officers access to him in accordance with Vienna Convention."

External Affairs Minister S Jaishankar on Thursday briefed Rajya Sabha over the ICJ verdict in the Kulbhushan Jadhav case. "He was framed on false charges by Pakistan," the minister said while appreciating the family of Jadhav for showing exemplary courage in such testing times.

Finance Minister Nirmala Sitharaman will move that the Finance Bill be taken into consideration to give effect to the financial proposals of the Central Government for the financial year 2019-2020.

In Lok Sabha on Thursday, External Affairs Minister Dr S Jaishankar will make a statement on the judgement by the International in the Kulbhushan Jadhav case. The Minister had on Wednesday tweeted that he had spoken to Jadhav's family. "Spoken to Kulbhushan’s family. Applaud their courage. Satyameva Jayate," he had tweeted.