Punjab Chief Minister Captain Amarinder Singh on Thursday ruled out a visit to Pakistan for the Kartarpur Corridor opening, making it clear that he would only be leading the first all-party 'Jatha' to the Kartarpur Sahib Gurdwara, via the corridor, to pay obeisance. 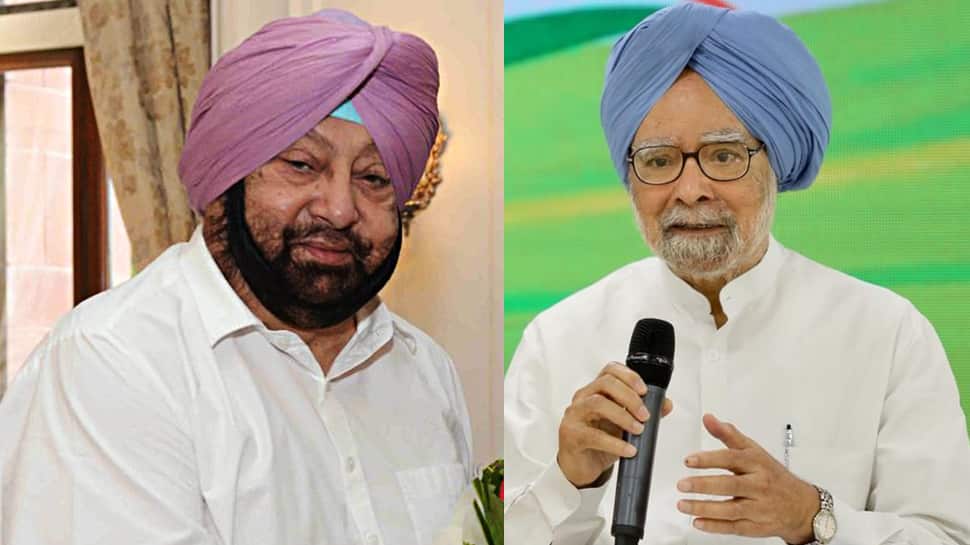 New Delhi: Punjab Chief Minister Captain Amarinder Singh on Thursday ruled out a visit to Pakistan for the Kartarpur Corridor opening, making it clear that he would only be leading the first all-party 'Jatha' to the Kartarpur Sahib Gurdwara, via the corridor, to pay obeisance.

Amid reports suggesting that former prime minister Manmohan Singh has accepted Pakistan’s invitation to go there for the inauguration of Kartarpur Corridor, the CM clarified that he doesn't believe the former PM has any such plans either.

“There is no question of me going (to Pakistan for Kartarpur corridor opening) and I feel Dr Manmohan Singh will not go as well,” he said, pointing out that there was a huge difference between visiting Pakistan and going to the Gurdwara through the corridor.

As per the clarification by an official spokesperson, the former PM had accepted the Punjab CM’s invitation to join the 'Jatha', to be led by the chief minister, through the Kartarpur Corridor, to pay obeisance at the historic gurdwara across the border on the occasion of the 550th birth anniversary celebrations of Sri Guru Nanak Dev ji.

The Chief Minister had, earlier in the day, called upon Prime Minister Narendra Modi, President Ram Nath Kovind and Manmohan Singh to extend a formal invitation to participate in the main events organized by the state government to mark the historic occasion.

Both PM Modi and President Kovind had accepted the invite, while Singh had also agreed to join the 'Jatha' that would go to Kartarpur Sahib Gurdwara on the opening day of the corridor. Asked if Pakistan was playing a dirty game over the Kartarpur Corridor, the Chief Minister told the media persons to put this question to Pakistan PM Imran Khan. India, on its part, was fully geared to ensure the security and safety of the pilgrims, he added.