When hospitalized on September 11, the MoS for Railways was stated to be asymptomatic. 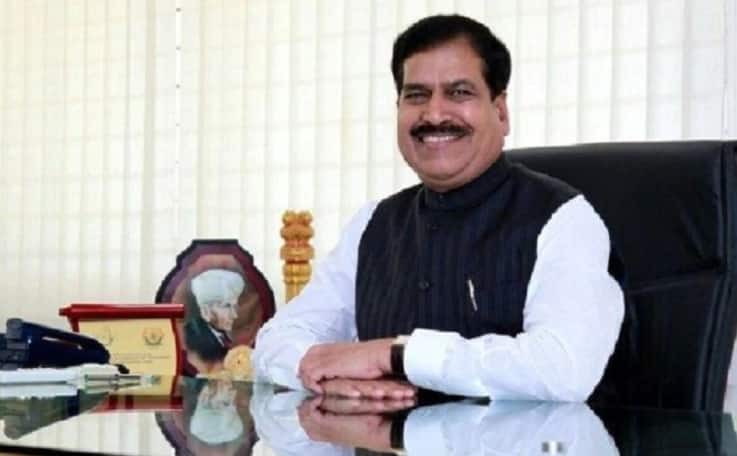 New Delhi: Union Minister of State (MoS) for Railways Suresh Angadi on died of COVID-19 on Wednesday (September 23). Angadi was hospitalised after he tested positive for corornavirus earlier this month.

When hospitalized on September 11, the MoS for Railways was stated to be asymptomatic. Suresh Angadi was later admitted to the dedicated Covid-19 facility at the AIIMS Trauma Centre where he passed away. He is the first Union Minister to have succumbed to this deadly virus.

Prime Minister Narendra Modi condoled the death of Suresh Angadi. In a tweet, PM Modi said, "Shri Suresh Angadi was an exceptional Karyakarta, who worked hard to make the Party strong in Karnataka. He was a dedicated MP and effective Minister, admired across the spectrum. His demise is saddening. My thoughts are with his family and friends in this sad hour. Om Shanti."

Shri Suresh Angadi was an exceptional Karyakarta, who worked hard to make the Party strong in Karnataka. He was a dedicated MP and effective Minister, admired across the spectrum. His demise is saddening. My thoughts are with his family and friends in this sad hour. Om Shanti. pic.twitter.com/2QDHQe0Pmj

President Ram Nath Kovind condoled the death of Suresh Angadi, and tweeted, "Shocked to know the passing away of Shri Suresh Angadi, Union Minister of State of Railways. An amiable leader Shri Angadi worked tirelessly for the people of his constituency, Belagavi and Karnataka."

In a tweet, Union Home Minister Amit Shah expressed pain over the death of Suresh Angadi and said, "Deeply pained to learn about the passing away of MoS Railways and senior BJP leader from Karnataka, Shri Suresh Angadi ji. He will always be remembered for his selfless service to the nation and party. My deepest condolences are with his family. Om Shanti Shanti Shanti."

BJP National President Jagat Prakash Nadda condoled the death of Suresh Angadi, and tweeted, "Extremely saddened by the passing away of Central Minister Shri Suresh Angadi Ji. He was a remarkable leader who dedicated all his life for organisation and went on to serve society with utmost diligence and compassion."

Union Minister of Railways and Commerce and Industry Piyush Goyal tweeted, "Deeply anguished at the unfortunate demise of Suresh Angadi ji. He was like my brother. Words fall short to describe his commitment and dedication towards the people. My thoughts and prayers are with his family and friends in this hour of need. Om Shanti."

In a tweet, former Prime Minister H D Devegowda condoled the death of Suresh Angadi and said, "I am shocked and deeply saddened by the demise of Union Minister of State for Railways and four-term MP from Belagavi Shri Suresh Angadi."

Suresh Angadi: An unbeatable MP from Belagavi for four terms

The 65-year-old, Suresh Angadi, was a four-time Member of Parliament from Belagavi consecutively since 2004. Suresh Angadi, who is survived by his wife and two daughters, was associated with the RSS from a young age.

He was also an educationist and headed the Belagavi-based Suresh Angadi Education Foundation, which runs various colleges.

Born on June 1, 1955 in a Lingayat family to Somawwa and Channabasappa Angadi in village Koppa in Belagavi, Angadi did his graduation from SSS Samiti College of Commerce in the same district.

Suresh Angadi did his law graduation from Raja Lakhamgouda Law College in Belagavi.

A businessman by profession, Angadi got a major break in his political career when he was appointed as the vice- president of Belagavi unit of the BJP.

Suresh Angadi remained in that position till he was nominated as a party candidate for the Belagavi Lok Sabha constituency in 2004. He was unbeatable since then and got elected in 2009, 2014, and 2019 as well.