NRC will cover everybody across India, irrespective of religion, says Amit Shah

The Home Minister said the process of National Register of Citizens (NRC) will be carried out across the country, adding "No one, irrespective of religion should be worried, it is just a process to get everyone under the NRC." 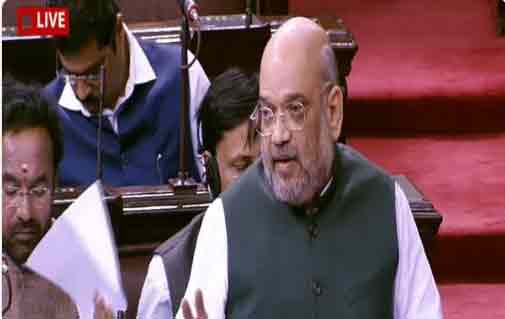 Union Home Minister Amit Shah on Wednesday (November 20) said that all citizens of India irrespective of religion will figure in the National Register of Citizens (NRC) list, as it has no such provision which says that no other religion will be taken under it.

Responding to a question in the Rajya Sabha, the Home Minister said the process of National Register of Citizens (NRC) will be carried out across the country, adding "No one, irrespective of religion should be worried, it is just a process to get everyone under the NRC."

"The NRC exercise is monitored by the Supreme Court. No religion has been targeted or isolated during the NRC exercise," said Amit Shah responding to a query of Congress leader Syed Nasir Hussain, who asked if the NRC provides citizenship to immigrants of six non-Muslim faiths.

On the matter of the names excluded from the final draft of the NRC in Assam, Amit Shah said "People whose name has not figured in the draft list have the right to go to the Tribunal. Tribunals will be constituted across Assam. If any person doesn't have the money to approach Tribunal, then Assam govt to bear the cost to hire a lawyer."

He said the NRC and The Citizenship Amendment Bill 2016, which lapsed on June 3, 2019, are two different issues and both should not be seen through one prism.

"Hindu, Buddhist, Sikh, Jain, Christian, Parsi refugees should get citizenship, that is why Citizenship Amendment Bill is needed so that these refugees who are being discriminated on basis of religion in Pakistan, Bangladesh or Afghanistan, get Indian citizenship." Amit Shah told the Rajya Sabha.

The updated final NRC, which validates genuine Indian citizens, has left out over 19 lakh applicants in Assam. Most of these are people who have not produced required documents to prove their claims and have the option of appealing to Foreigners` Tribunals and subsequently approach the courts.

In Assam, the NRC aims to identify illegal immigrants who entered the state and settled after March 25, 1971.