Last day of odd-even scheme in Delhi today; no decision yet on extending it, air quality remains 'severe'

Even as the air pollution level in the Delhi-NCR region continues to remain in the 'severe' category on Friday morning, no call on the extension of the odd-even scheme has been made yet. This comes as Friday (November 15) is the last day of the scheme which began on November 4, in Delhi government's efforts to curb the alarming spikes in air pollution. 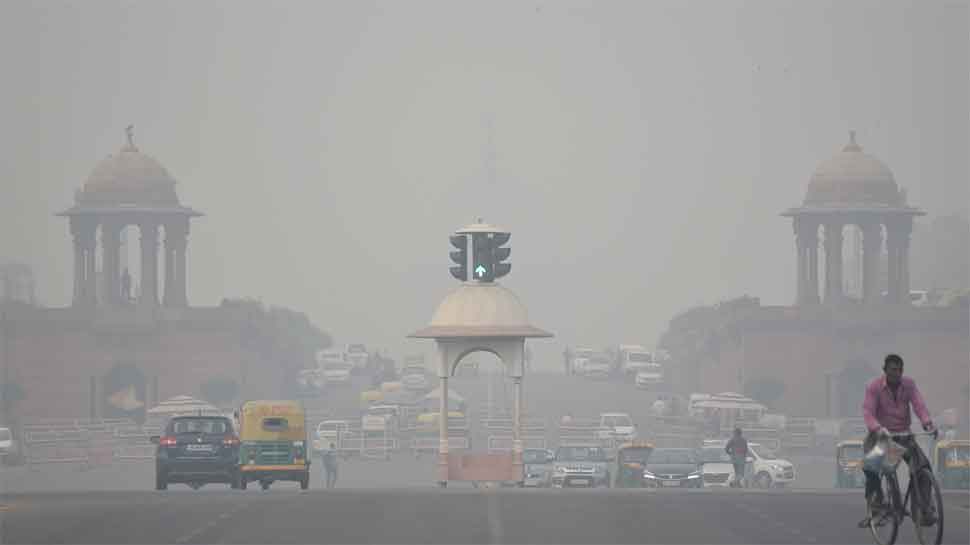 NEW DELHI: Even as the air pollution level in the Delhi-NCR region continues to remain in the 'severe' category on Friday morning, no call on the extension of the odd-even scheme has been made yet. This comes as Friday (November 15) is the last day of the scheme which began on November 4, as part of Delhi government's efforts to curb the alarming spikes in air pollution.

According to Centre-run System of Air Quality and Weather Forecasting And Research (SAFAR), the overall Air Quality Index (AQI) in Delhi on Friday morning was recorded at 482, which falls under the severe category. The AQI at Lodhi road area was recorded at 475, Pusa at 503, Delhi University area at 494, Airport at 508, Noida at 583, and Gurugram at 548.

Friday will be the final day of AAP government's anti-pollution measure, if not extended. "A final decision about extending the odd-even rule could be taken on Friday, depending on the situation of air pollution and outcome of a hearing pertaining to the scheme in the Supreme Court," a Delhi government official was quoted by reports as saying.

On Wednesday, Delhi Chief Minister Arvind Kejriwal had said that the road-rationing system that is supposed to end on Friday, will be extended, if necessary.

Till Thursday, a total of 4,309 challans were issued against violators of the scheme, according to official data. As many as 475 challans were issued by the teams of traffic police(276.), transport (139) and revenue (60) departments from 8 AM to 8 PM, when the restrictions were in force, on Thursday.

People violating the odd-even rule have been fined Rs 4,000. A total of 233 challans were issued on the first day of the Odd-Even scheme rolled out by the Delhi government, Delhi Traffic Police had said.

Odd-even scheme is a car-rationing system where the vehicles with odd last digit in the registration number are allowed on roads on odd dates and those with even last digit ply on even dates.

The odd-even scheme was first implemented by the Arvind Kejriwal-led Aam Aadmi Party (AAP) government in 2016 to tackle the rising pollution level in Delhi.

All government and public schools in Delhi and Noida were closed for November 14-15 in view of the deteriorating air quality. The Environment Pollution (Prevention and Control) Authority (EPCA) has also ordered industries using coal and other such fuels and hot mix plants to remain closed till Friday, November 15.

It is to be noted that the Supreme Court (SC) on Wednesday (November 13) pulled up the Centre for its inaction on curbing air pollution in Delhi and adjoining areas and sought remedial action. The apex court had asked the central government to explore Hydrogen-based fuel technology to find solutions to combat air pollution.

Pakistan - a DNA of terrorism: India's reply over false propaganda on Kashmir at UNESCO