The protest march was launched by the farmers on September 17 from Saharanpur in western Uttar Pradesh. 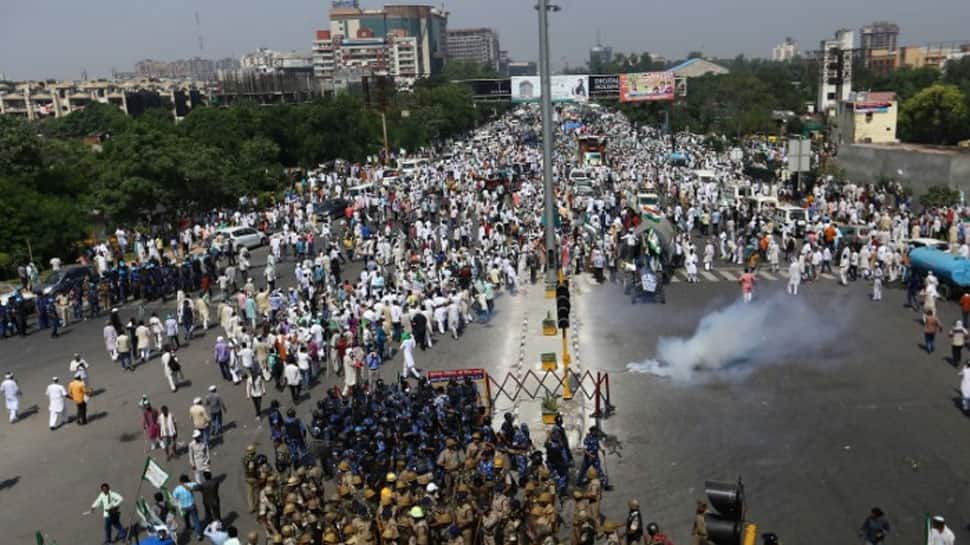 More than 15,000 farmers, who are protesting under the banner of Bharat Kisan Union (BKU), are slated to enter the national capital on Saturday. Heavy security has been deployed along the Delhi-Uttar Pradesh border in the wake of the protest march, launched by the farmers on September 17, entering the Capital.

The protest march was launched by the farmers on September 17 from Saharanpur in western Uttar Pradesh.

The several demands of the farmers include clearance of unpaid dues for their sugarcanes, one-time unconditional loan waiver, cleaning of tributaries of the Ganga in western Uttar Pradesh.

The protesters reached Noida on Friday where they met the representatives of the Ministry of Agriculture and Farmers’ Welfare. However, the talks were inconclusive as they did not yield any results.

As per the plan, the farmers were slated to start their march from Noida early Saturday morning and reach Kisan Ghat in Delhi at around 9 am.

Here’s a look at the several demands of the farmers protesting under the banner of BKU:

# All the polluted rivers of the country should be restored; strict action should be taken against the units polluting them.

# All debts of the farmers be waived fully; sugarcane dues be paid within a stipulated time of 14 days and the last outstanding amount should be paid to the farmers along with interest.

# Electricity used for the use of the farm should be given free of cost to the farmers.

# The farmer insurance scheme should include the entire family including the farmer head of the family.

# Report of the Swaminathan Commission to be implemented.

# Free Education and medicines to be implemented across the country.

# Issues related to acquisition of land be taken care of in one shot so that farmers are not required to visit authority repeatedly.

PM Narendra Modi departs for 7-day visit to US; major events on agenda