Since its launch the Zee News initiative has received a massive response with more than 96 lakh people pledging their support and is looking to cross the one crore mark soon. 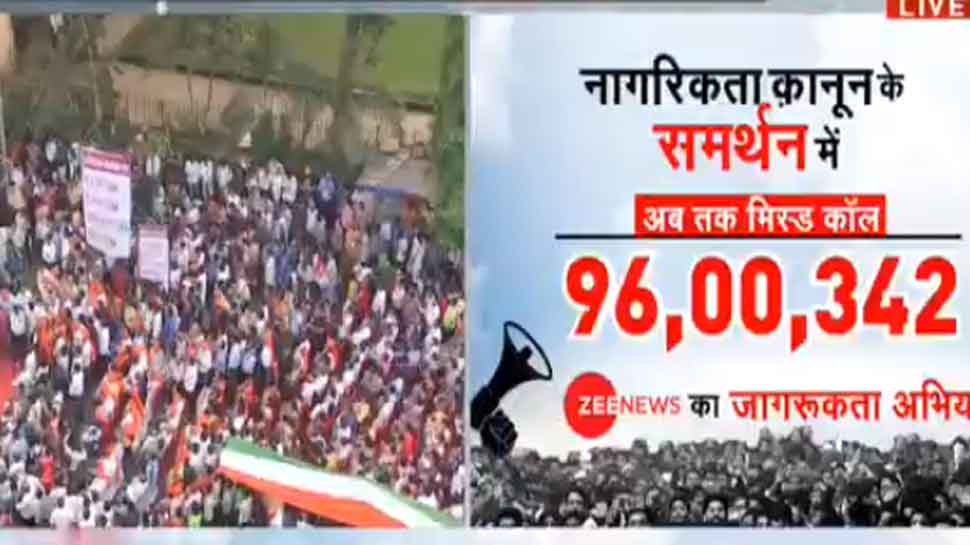 NEW DELHI: The Zee News' campaign to create awareness among the public about the Citizenship Amendment Act (CAA), 2019, which triggered violent protests across the country, has so far received the support of more than 96 lakh people and is likely to cross the one crore mark soon.

Zee News launched the public awareness campaign on Saturday (December 21) to dispel the myths and rumours surrounding the new law. Since then, the Zee News initiative has received a massive response with more than 96 lakh (96,00,342) people pledging their support to the Citizenship Amendment Act till 5 pm on Friday (December 27, 2019).

Owing to immense public support, the Zee News campaign has become the biggest-ever digital initiative in the country.

Massive and violent protests against the Citizenship Amendment Act (CAA) have rocked the nation with the situation escalating in several places including Delhi, Uttar Pradesh, West Bengal, Bihar, Assam and other Northeastern states.

Zee News has repeatedly urged its viewers and the common public not to believe in rumours and indulge in violence over the citizenship law.

Along with violent anti-CAA protests, assemblies and marches are also being held in favour of the Citizenship Amendment Act in several parts of the country with the demonstrators hailing Prime Minister Narendra Modi for bringing strong legislation, which aims at granting a dignified life to Hindu and other religious persecuted minorities from three neighbouring nations.