Describing the airstrikes as grave aggression by India against Pakistan, Qureshi said that the action taken by India is a violation of LoC and Pakistan has the right to retaliate and self-defence. 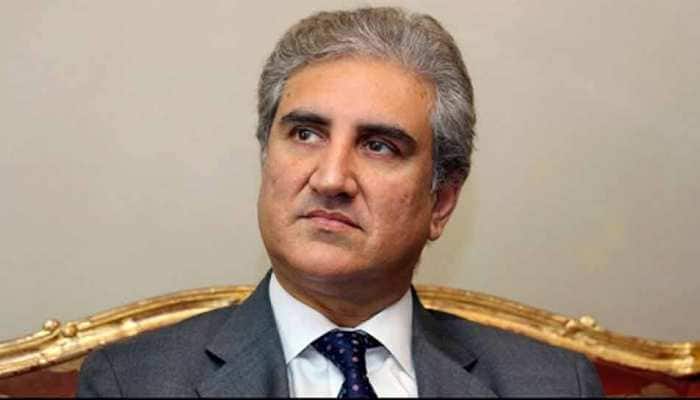 Describing the airstrikes as grave aggression by India against Pakistan, Qureshi said that the action taken by India is a violation of LoC and Pakistan has the right to retaliate and self-defence.

Pakistan Foreign Minister Shah Mehmood Qureshi: This was grave aggression by India against Pakistan. This is a violation of LoC and Pakistan has the right to retaliate and self defence pic.twitter.com/dSDS8GFH3x

Minutes after Foreign Secretary Vijay Gokhale addressed a press conference confirming the airstrikes carried out by IAF inside PoK, Qureshi said that Pakistan Prime Minister Imran Khan has called a meeting to hold discussions over the issue.

Earlier, Gokhale had said that a  non-military preemptive action was taken against Jaish-e-Mohammad's terror camps in PoK in the early hours of Tuesday.

“In an intelligence lead operation in the early hours today, India struck the biggest training camp of Jaish-e-Mohammed in Balakot. In this operation, a very large number of JeM terrorists, trainers, senior commander and Jihadis were eliminated,” he said.

“This facility in Balakot was headed by Maulana Yusuf Azhar alias Ustad Ghauri, brother in law of JeM Chief Masood Azhar...The selection of the target was also conditioned by our desire to avoid civilian casualty. It's located in deep forest on a hilltop," Gokhale added.

Credible intelligence added that the banned terrorist group JeM was attempting another suicide terror attack in various parts of the country and fidayeen jihadis were being trained for this purpose, said the Foreign Secretary.

Gokhale remarked that the IAF operation was approved after Pakistan failed to tackle terrorism on home soil despite repeated demands.

“India expects Pakistan to dismantle all terror camps, including those of JeM. Pakistan, however, denies their existence... and has taken no action till date,” said Gokhale. “We expect Pakistan lives up to its public commitment.”