J&K Governor Satya Pal Malik made the statement in response to Mehbooba Mufti and Omar Abdullah's claim that the restrictions imposed by the government on the movement of civilians are against the people of the state. 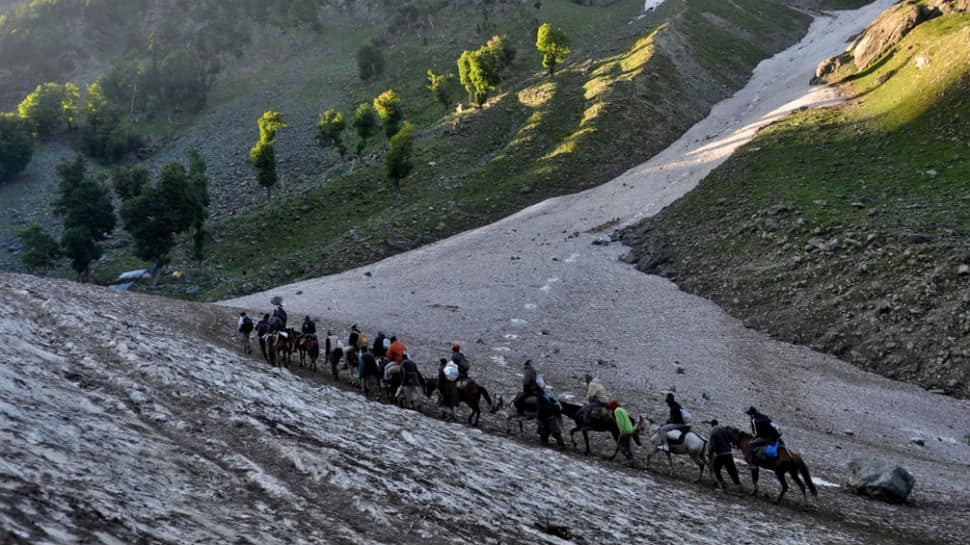 Jammu and Kashmir Governor Satya Pal Malik on Monday hit back at PDP chief Mehbooba Mufti and National Conference leader Omar Abdullah and said that the restrictions on civilian traffic on National Highway during Amarnath Yatra has been reduced to just two hours and people should bear with it.

Malik made the statement in response to Mehbooba and Omar's claim that the restrictions imposed by the government on the movement of civilians are against the people of the state. The Jammu and Kashmir governor said that the restriction is not going to have any serious impact on tourism in the state. Recalling the February 14 terror attack in Pulwama, Governor Malik said that people know what has happened on this highway. He added that the restriction of two hours is not something to worry about and noted that in Uttar Pradesh there are 20 days restriction due to Kanwar Yatra but nobody says anything.

On Sunday, Mehbooba had said that the preparations put into place by the government for the ongoing Amarnath Yatra are adversely affecting the day-to-day lives of locals.  "Amarnath Yatra is taking place since years. But unfortunately, the arrangements done this year are against the people of Kashmir. It's causing a lot of trouble in the day-to-day lives of local people," she was quoted as saying by news agency ANI.

The former Jammu and Kashmir chief minister, however, did not elaborate on what specific arrangements are causing inconvenience to the locals but said that she had asked Governor Malik to take note of the matter.

Omar Abdullah also echoed similar feelings said that Kashmiris are concerned about the security of yatirs but the current administration of Governor Malik is the only administration in 30 years that has decided to close the highway/railway line to protect yatris.

The 45-day-long Amarnath Yatra started last week and around one lakh pilgrims have already made their way to the holy shrine which is at an elevation of 3,888 metres above sea level. Tight security arrangements have been put in place to conduct the Yatra in a peaceful manner,  While the Central Reserve Police Force (CRPF) and Jammu and Kashmir Police is primarily in-charge for security, personnel from the Indian Army and Border Security Force have also been deployed on the two routes. Mehbooba, however, said that locals are being inconvenienced by the Yatra.