Rahul Tiwari, the man who showed courage to stood up against notorious gangster Vikas Dubey, who was killed in an encounter by Uttar Pradesh police on July 10, returned home on Wednesday (July 15). Tiwari talked to media and told the story of Vikas Dubey's terror in Kanpur's Bikru village. 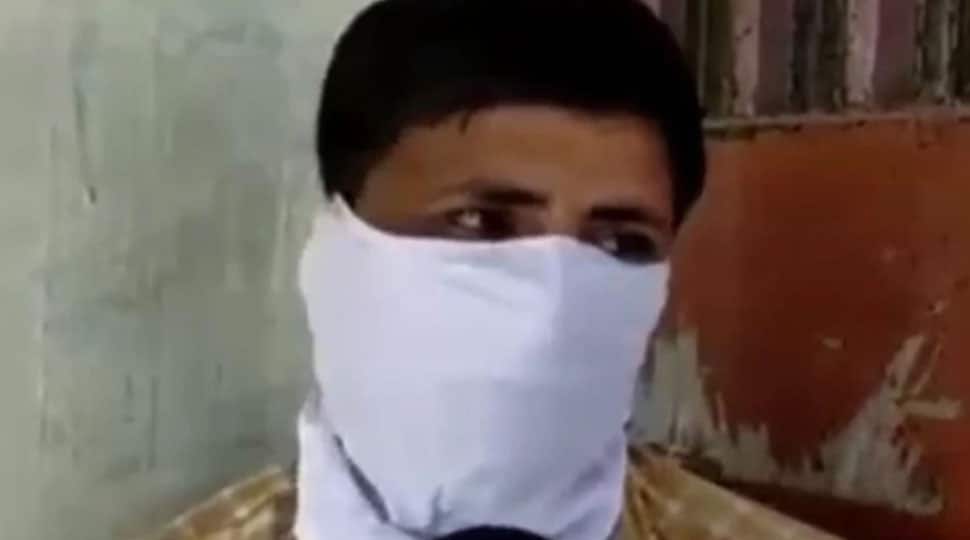 Rahul Tiwari, the man who showed courage to stood up against notorious gangster Vikas Dubey, who was killed in an encounter by Uttar Pradesh police on July 10, returned home on Wednesday (July 15). Tiwari talked to media and told the story of Vikas Dubey's terror in Kanpur's Bikru village.

Rahul Tiwari said he was at loggerheads with Vikas Dubey due to his in-laws property and he was returning home on motorcycle on June 27 when Dubey's associates attacked him and took away his motorcycle and money. After this, he went to the police station to file a complaint. On July 1, SO Vinay Tiwari asked told him that he wants to probe the matter and after this he and Tiwari went to the spot where Tiwari was thrashed by Vikas Dubey's henchmen. Tiwari added that he was once again beaten up by Dubey's men in front of SO Tiwari and Dubey's henchmen also threatened SO Tiwari.

Tiwari said that SO Tiwari thought that Dubey's men would kill him and then he took out his janeu (a special thread worn by pandits) and urged Dubey's henchmen to show some mercy to pandits. Then Vikas Dubey took out water of river Ganga and gave it to us, said Tiwari. He added that Dubey also gave the water to SO Tiwari and SO Tiwari then asked Dubey to vow that he will not kill Rahul Tiwari. Tiwari said that he was thrashed by Shivam, Bal Govind, Atul Dubey, Sunil Kumar and Amar Dubey. Tiwari noted that Dubey was a big 'terrorist'.

Tiwari said that after that Dubey asked him some questions and returned his motorcycle. According to Tiwari, he got scared and thought that Dubey will kill him the next day and that's why he went to Captain's home who asked him to visit police station again. Tiwari added that at the police station, the Station Officer registered his complaint and decided to take action against Dubey. The cops went to Dubey's home in Kanpur's Bikru village on the intervening night of July 2 and July 3 and were ambushed and killed by Dubey and his henchmen. A total of 8 cops were martyred by Dubey on that night.

Tiwari said that he was very afraid after the Bikru incident and switched off his mobile phone and went incommunicado. Tiwari added that he went to Captain after the encounter, who arranged a gunner for his security and then he returned to his village.

It is to be noted that Tiwari was missing since the Bikru encounter. Tiwari is the same man who has filed an FIR against Vikas at Chaubeypur police station on June 30.