The incident led to partial cancellation of three trains and diversion of two others. 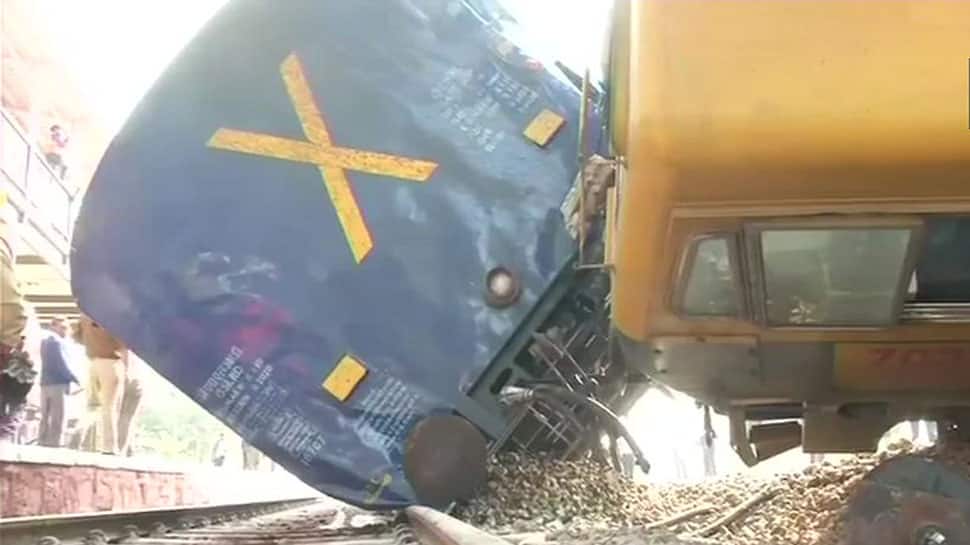 A superfast train between Jabalpur and Ajmer derailed near Jaipur in Rajasthan on Friday afternoon.

The engine of the Dayodaya Express overturned and the immediate coach after it derailed near Sanganer railway station -- 15 km south of Jaipur -- around 1 pm, news agency PTI reported quoting the North Western Railway spokesperson.

No passenger injured in the mishap but there were mild injuries to the driver, police said. "The train was running towards Jaipur junction from Ajmer when the engine derailed and overturned," PTI quoted Sanganer police station incharge Lakhan Khatana.

The incident led to partial cancellation of three trains and diversion of two others.

The Dayodaya Express has been cancelled between Sheodaspura Padampura and Ajmer stations, while it will run from the former for Jabalpur.

The railway authorities have also diverted routes of Jaipur-Mumbai Central Superfast and Kolkata-Udaipur express, the official added. "Efforts are on to restore the track."