A special investigation team has been set up by the Rajasthan government to find out if there was any communal reason linked to the murder. 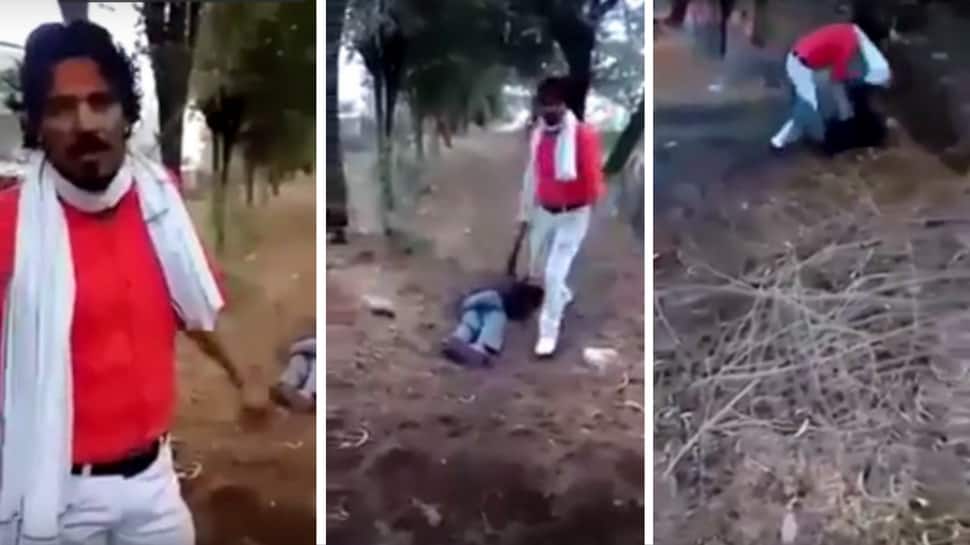 RAJSAMAND: A Muslim man was burnt to death in Rajsamand district in Rajasthan in an alleged case of love jihad. The incident was recorded on camera by the accused himself.

In the video, the accused Shambhu Lal can be seen beating the victim and then setting him on fire. The video has since gone viral on social media.

The accused has been arrested and is interrogating him for the details. He had called Afrazul to the spot and later hacked him to death.

A Special Investigation Team was on Thursday set up by the Rajasthan government to investigate the killing and to find out if there was any communal angle linked to it.

"It is shocking how he killed the man and made a video of it. Accused has been arrested and a special investigation team (SIT) has been set up for investigation in the case," Home Minister Gulab Chand Kataria said.

The victim has reportedly been identified as Mohammed Afrazul who is believed to have been a migrant from Malda in West Bengal. He was working as a labourer in Rajsamand district of Rajasthan.

The accused allegedly got a friend with him to record the video of the incident. The victim can be seen crying for help in the video even as the accused beats him with an axe and later burns him alive.

Massive security arrangements have been made at Rajsamand to avoid any untoward incident. Police units from nearby areas have also been called in to increase the security.

Potatoes worth crores being dumped on streets across Uttar Pradesh