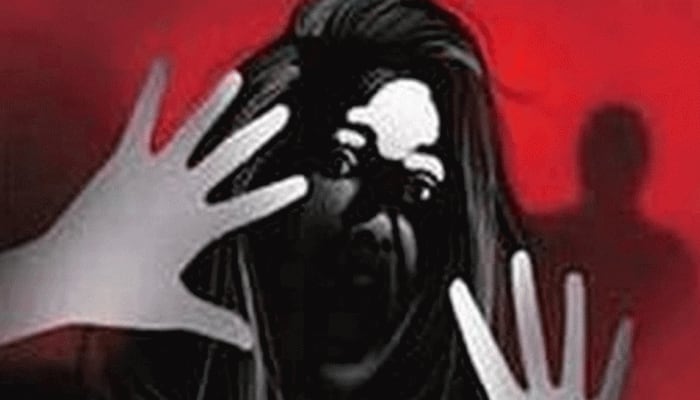 Abduction and forced conversions of Hindu minor girls is rampant in Pakistan and has exposed the tall claims by the Imran Khan government of security and safety of minorities in the country. 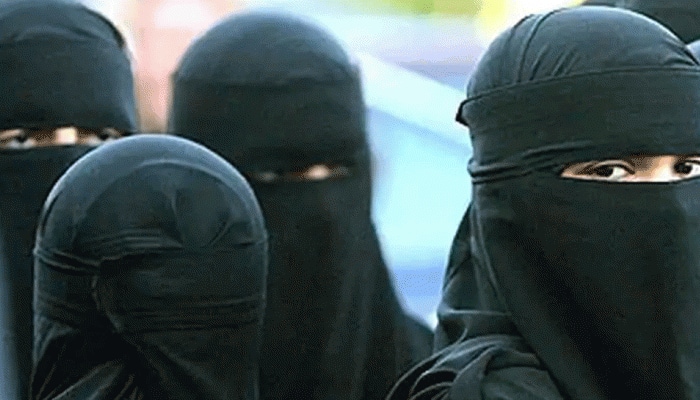 The All India Tanzeem Ulama-e-Islam, a religious and social organisation headed by five senior clerics, has issued a fatwa to boycott Chinese products in the country. 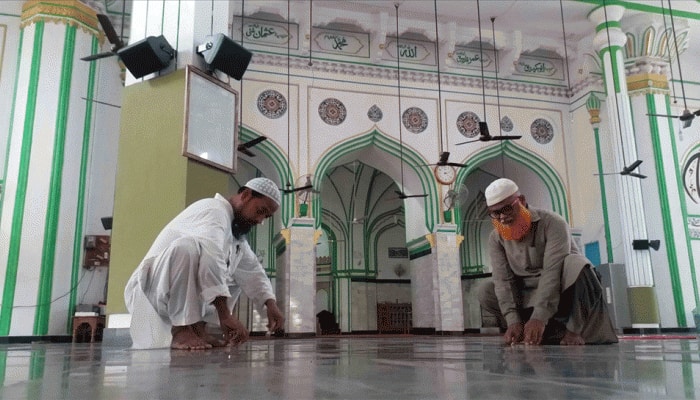 Dargah Aala Hazrat has issued a statement against alcohol-based sanitizer saying mosques will become impure if they are used for cleaning premises. 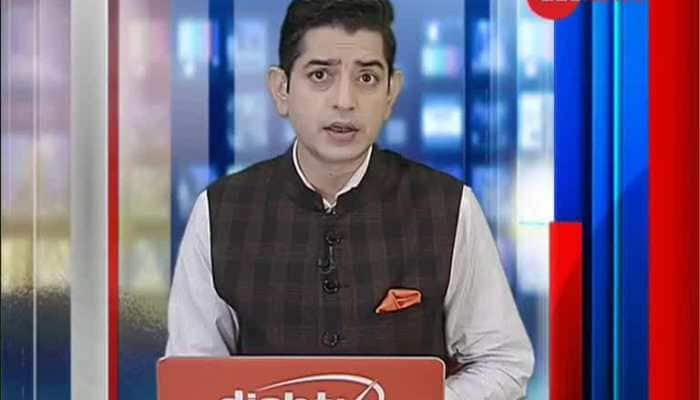 In this segment of Taal Thok Ke, we bring you a panel discussion on concurrent issues. In today's episode of 'Taal Thok Ke' we will discuss: How long will be intolerance against Sanatan Dharma? 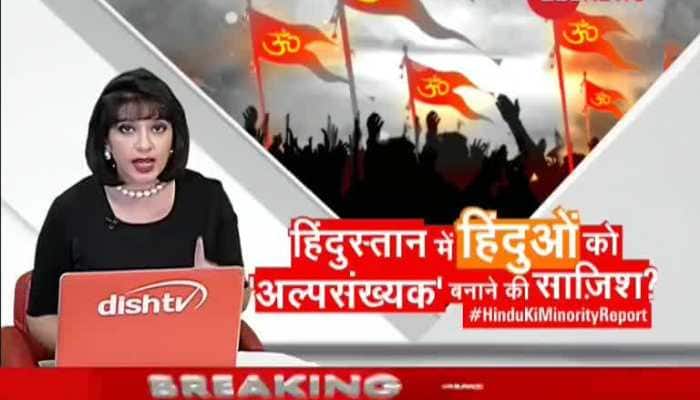 Taal Thok Ke: Is there any conspiracy to make Hindus minority?

In Taal Thok Ke we bring you a panel discussion on concurrent issues. Today's topic of debate: Is there any conspiracy to make Hindus minority? 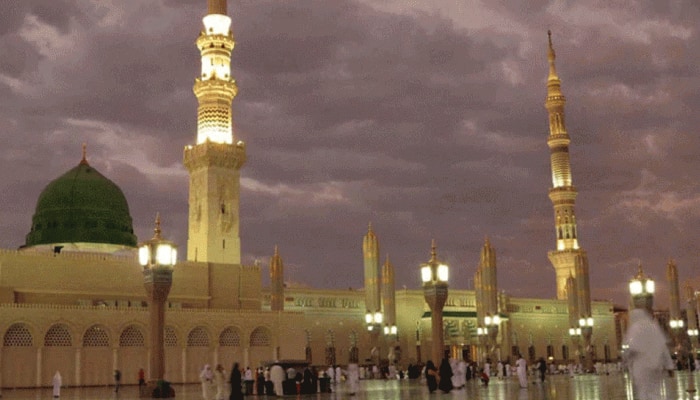 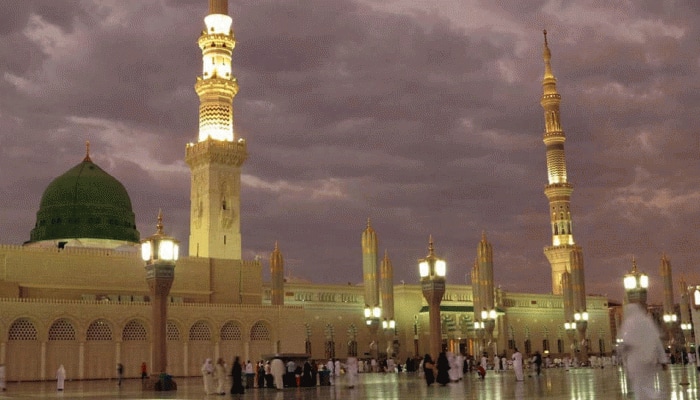 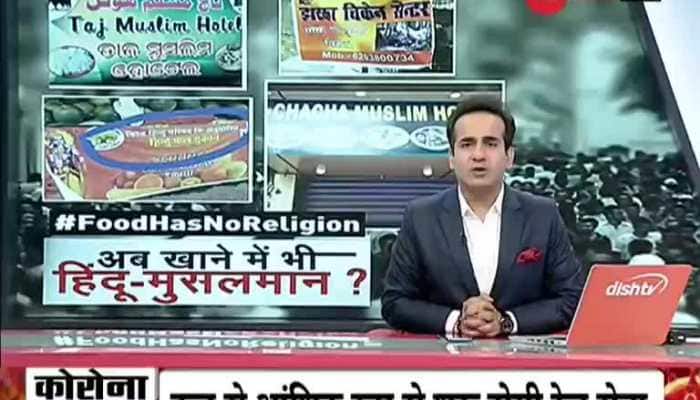 Taal Thok Ke: Why is food being categorised in the name of Hindu-Muslims

In this segment of Taal Thok Ke, we discuss why is our country so engrossed with Hindu-Muslim animosity that even food is distributed and separated in the name of religion. 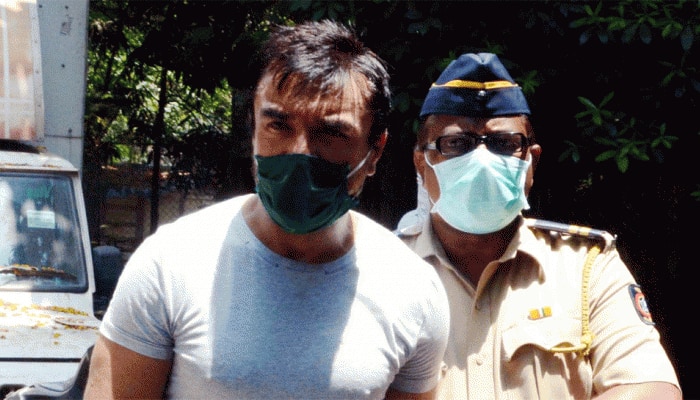 Ajaz was arrested last week by Khar police in connection with the comment he made during a Facebook live session. 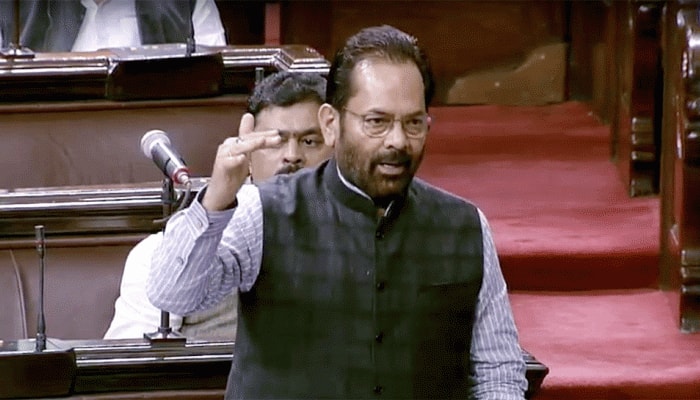 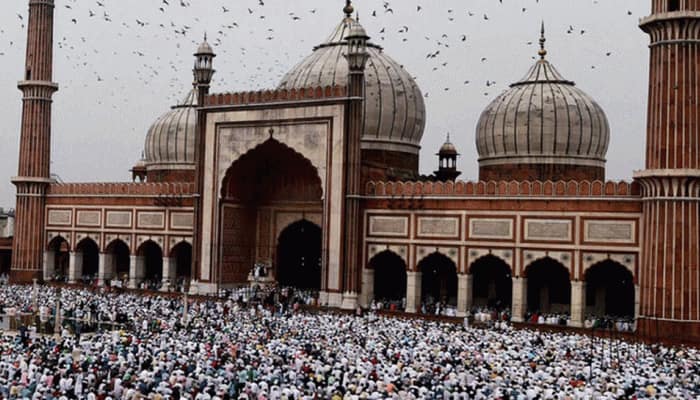 The Jamiat Ulema-e-Hind president on Friday appealed to all Muslims to offer Friday prayers from home amid the 21-day nationwide lockdown in the wake of the coronavirus outbreak in the country. 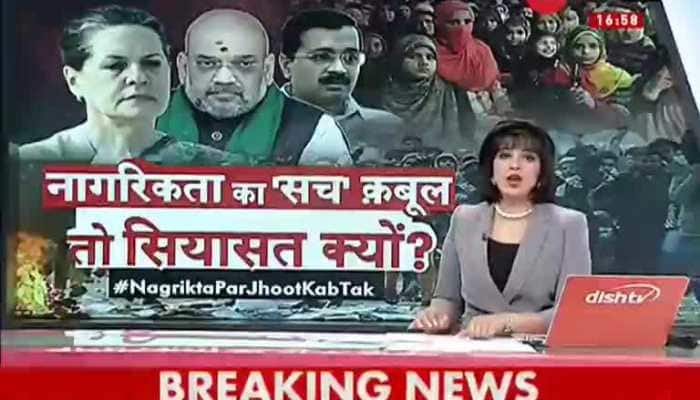 Taal Thok Ke: 'Truth' of citizenship accepted, then why the politics?

This is a special segment of Taal Thok Ke, we bring you a panel discussion on concurrent issues. Today's topic of debate: 'Truth' of citizenship accepted, then why the politics? 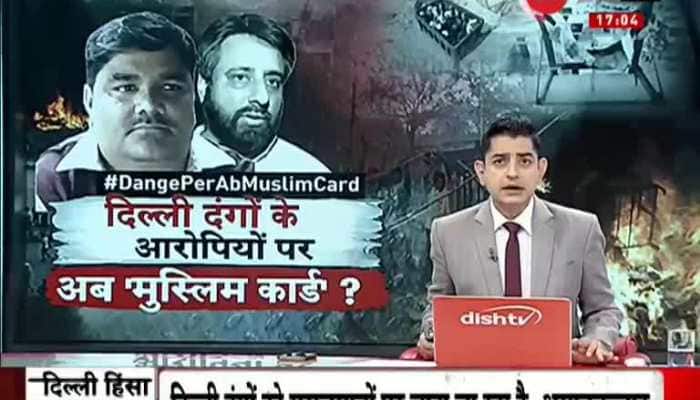 This is a special segment of Taal Thok Ke, we bring you a panel discussion on concurrent issues. In today's episode of 'Taal Thok Ke' we will discuss: Now, 'Muslim card' on Delhi riots accused? 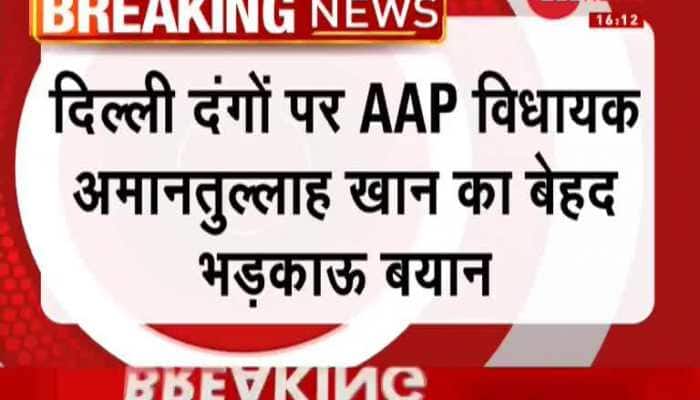 Aroused statement of AAP MLA: If there will be partiality with Muslims, then riots will continue as well

Aam Aadmi Party MLA Amanatullah Khan said on Saturday that being a Muslim is the biggest crime in India and suspended AAP councillor Tahir Hussain is being punished for being a Muslim only. 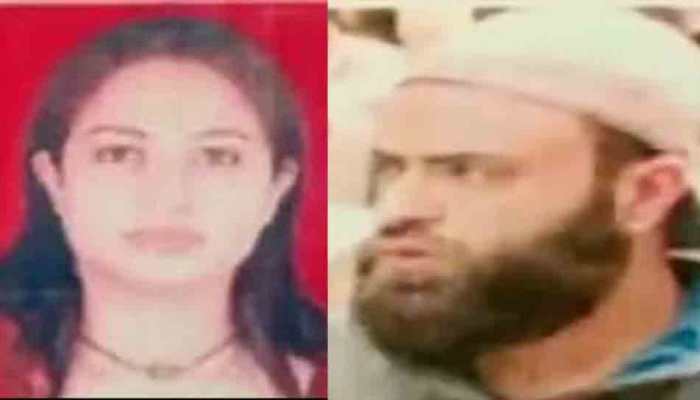 The Special Cell of Delhi Police on Sunday (March 8) arrested two members of Islamic State of Iraq and the Levant – Khorasan Province from Okhla area of the national capital. The accused have been identified as Jahanzeb Sami and his wife Hinda Bashir Baig. 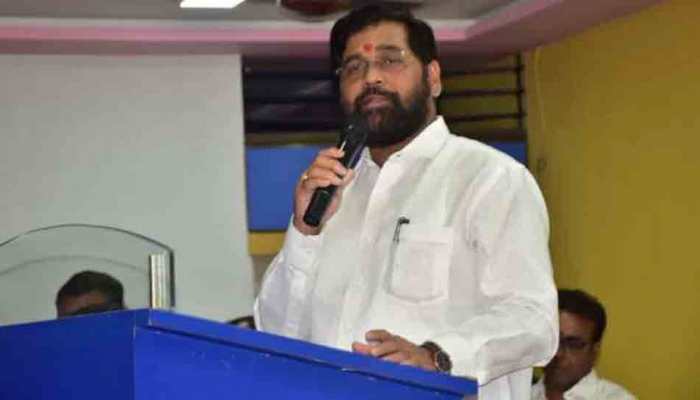 No decision yet on 5 per cent Muslim quota: Maharashra Minister Eknath Shinde

Leaders of the ruling Maha Vikas Aghadi (MVA) -- which comprises Shiv Sena, Nationalist Congress Party and Congress -- will take a call on the issue after discussions, Shinde said. 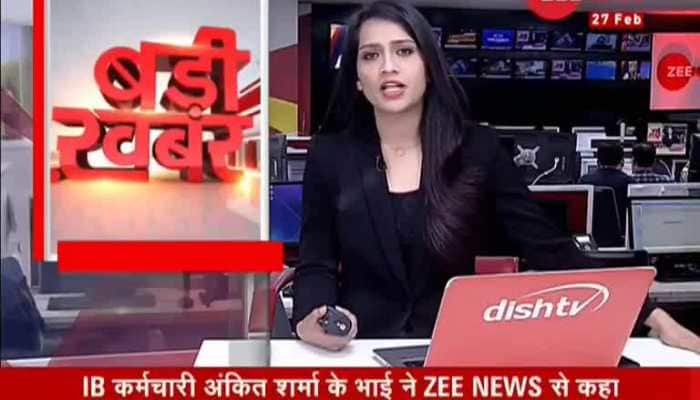 Zee News has got an access to the video which shows Ankit Sharma's body was dropped off by rioters in a drain in Delhi's Chand Bagh area. However, Zee News does not confirm the authenticity of this video. 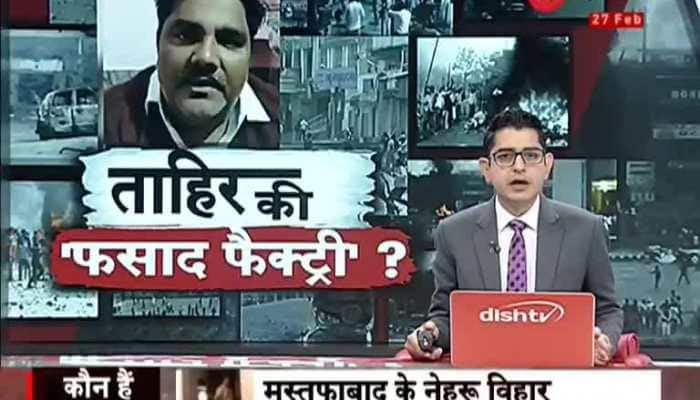 Aam Aadmi Party (AAP) councilor Tahir Hussain is facing allegations that he has a hand in instigating the violence in Delhi. The family of Intelligence Bureau employee Ankit Sharma, who was killed in the violence, has allegedly accused Tahir Hussain of killing him. Tahir is also facing allegations that miscreants threw stones and hurled petrol bombs at people from his Chand Bagh home on February 25. However, Tahir has continued to deny this, but now a video has surfaced, in which a lot of stones and petrol bombs have been found on the roof of his house. Zee News team went to Tahir's house and have found the same. Watch report 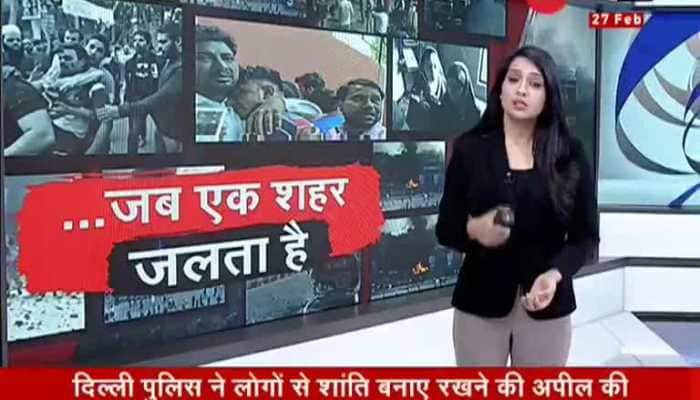 The death toll in the deadly violence that has rocked parts of Delhi for three days rose to 34 today. While a brittle quiet settled over parts of riot-hit northeast Delhi on Wednesday, violence was reported from some other places, with shops set ablaze and the body of an Intelligence Bureau (IB) staffer found in a drain in Chand Bagh. 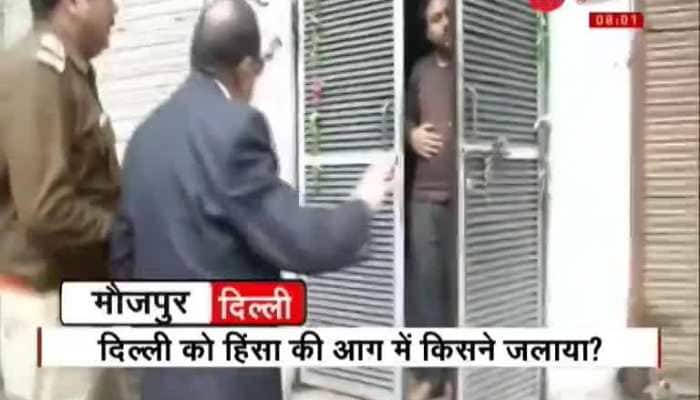 The role of AAP Corporator Mohammad Tahir Hussain in the Delhi riots is believed to be questionable. He and his supporters are facing charges of killing Intelligence Bureau officer Ankit Sharma. Tahir along with his supporters are escaping from the police. From a relative's house, Tahir Hussain has released the video and has declared himself clean. Who is this Tahir Hussain? Tahir is not a known well-known face of Delhi politics. However in the area of ​​Shahdara, Nehru Nagar, Chandbagh in northeast Delhi, he is famous among the Muslims.